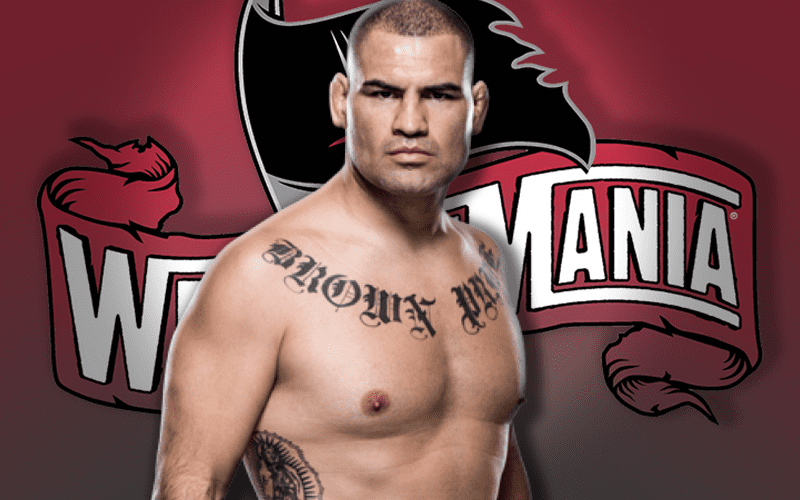 Cain Velasquez signed a lucrative multi-year deal with WWE meaning he will participate in a few WrestleMania matches in theory. The big question is who Velasquez might lock up with at WrestleMania in 2020.

Not Sam Wrestling recently spoke to Cain Velasquez where he was asked if there are any WrestleMania match-ups that he would like to have. Velasquez didn’t name anyone specifically. He only said that he’ll face the best opponent for him at the time because he’s never been concerned about who he will fight next.

Since Cain Velasquez’s first match in WWE is against Brock Lesnar it seems like he’s getting a huge opponent out of the way first. He could very well battle Lesnar once again at the show of shows.

The idea of winning Tag Team Titles with Rey Mysterio is a very tempting proposition as well.