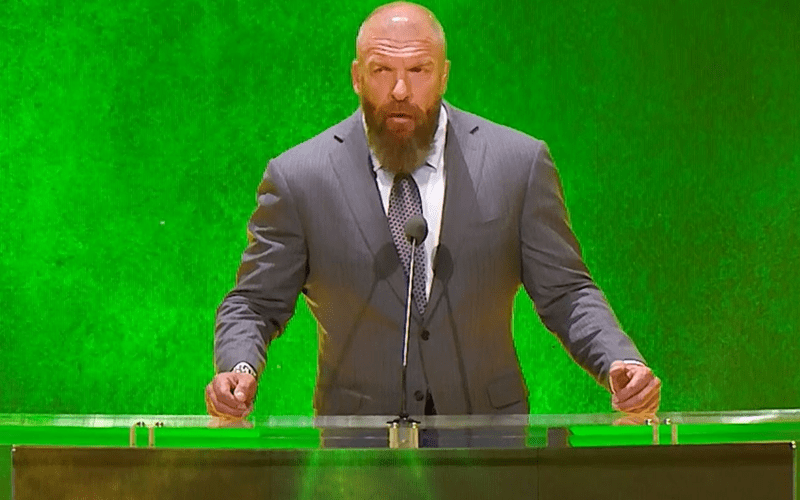 The build for WWE’s Crown Jewel event in Saudi Arabia has included a lot more references to Saudi Arabia than before. After the murder of Washington Post journalist Jamal Khashoggi, WWE needed to take a step back from plugging Saudi Arabia despite the massive amount of money the controversial kingdom kept funneling to the company.

Dave Meltzer brought this up during Wrestling Observer Radio when he explained why things are different this time around.

“It’s all about Crown Jewel, not WrestleMania. I think people need to understand that. The Saudi shows are much bigger money shows. They wouldn’t even — the Saudis, they want these guys. They couldn’t get UFC so they want a UFC fighter. They want famous boxers, that’s what they want and Tyson Fury is a famous boxer.”

“Was it rushed? Usually when you do stuff like that it is one pay-per-view cycle so it’s no different from usual. It’s the usual timing. I know people looked at it and said ‘it’s something good for Mania,’ but it’s like they don’t think that way anymore. Mania is different.”

“This has nothing to do with Network subscribers. It’s all about the Saudi Arabia money, that’s all it is and everything. People are like, ‘Why are they talking about Saudi Arabia now when before they didn’t?’ Saudi Arabia is paying WWE this money to whitewash their image and people have to understand that. That’s what it is.”

“Obviously because of what happened WWE couldn’t push that because their fan base would revolt and it would look terrible and everything like that on the last two [Saudi Arabia] shows, but the reason for Saudi Arabia — like they’re not bringing WWE in so the kids in Saudi Arabia can get to see a WWE show. This is all about using WWE to spread their message and you know they didn’t do it on the last two shows because the political climate wouldn’t allow them to do it.”

“Obviously, if they’re paying $40 million — the going rate for a WWE house show is not $40 million I’ll put it that way.”

Saudi Arabia is paying WWE a ton of money for their events, but there is a lot more to it than a simple wrestling show. We’ll have to see how things progress for the next eight years, but we’re only getting over the second year in a ten year deal between WWE and the Kingdom Of Saudi Arabia.