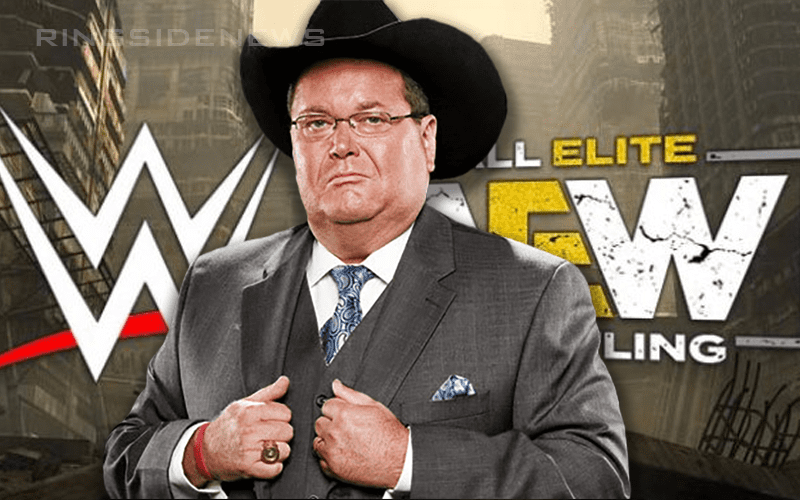 Jim Ross recently had to defend AEW after Seth Rollins called them “the minor leagues.” After that, a ton of hate has been thrown in JR’s direction.

One fan named Dustin tweeted to Jim Ross saying: “I have never seen so many clowns crapping on you as of late. I hope it makes them feel better about themselves.”

Good ‘ole JR obviously saw this and he had a dignified response. He’s obviously not going to let it bother him, but it’s just another instance of how the internet influences people.

LOL…me too Dustin!
It’s the internet influenced world in which we live.
I’ve got too many blessings to worry about nonsense.

Social media has helped some ‘fans’ perceive that they’re experts.
Could it be the “bored in the family basement syndrome?”

It seems like Jim Ross is going to continue doing his own thing in AEW no matter what people think. The fact that WWE fans seem to be rallying against him only means that they’re getting enough attention to cause an issue.