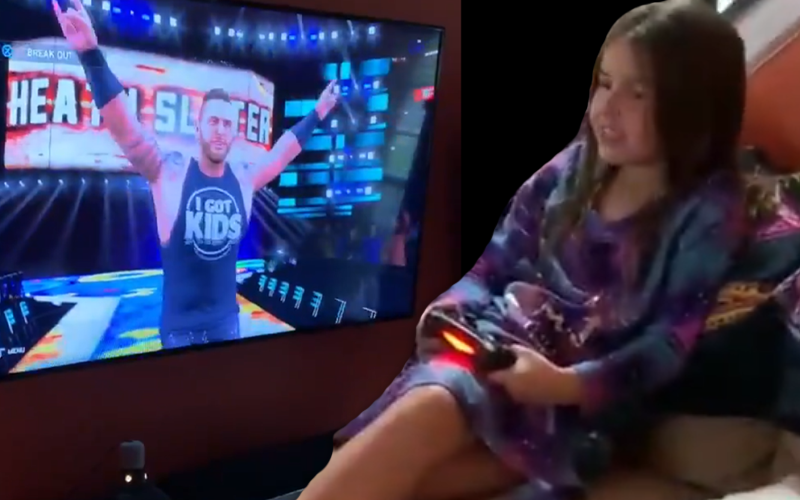 WWE 2K20 might have some issues, but Heath Slater still bought the game since he’s included. Now his kids can play as their daddy.

The One Man Band recently uploaded a video of his daughters playing the new video game. They didn’t find any glitches, but they were able to book a match for their father on RAW.

His daughter said it’s funny how Heath Slater nods his head when he’s coming to the ring. His “I Got Kids” ring attire was also brought up. “Oh, you like that game?” Slater asked.

“It doesn’t look good,” Slater said when his virtual character squared off against Kane. At least his daughters seemed to be enjoying themselves.

It was also pointed out that Slater’s character was wearing his “I Got Kids” t-shirt and his actual kids were playing the game. Talk about merging kayfabe with reality.