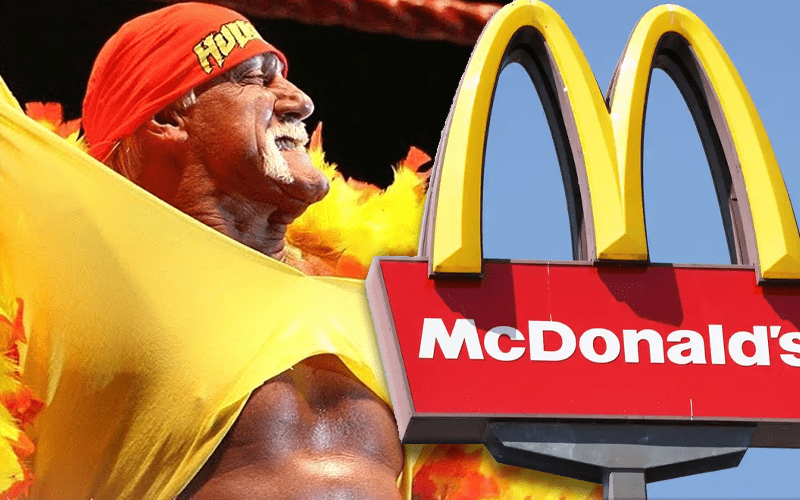 Hulk Hogan continues to make headlines as Hulkamania continues to run as wild as it can in 2019. At this point in his career, he can clear up some of the legend behind his phenomenal success.

FOX put out a pretty cool video about Hulk Hogan. “The Story Of Hulk Hogan” featured him explaining where a lot of the basics of Hulkamania and where it came from. This included his red and yellow colors which he credited to McDonald’s

“I always remembered Randy Savage’s father, Angelo Poffo, when I was a kid growing up in Tampa,” Hogan said. “Sometimes, Angelo was in the main event and sometimes a tag match, but whenever he came out he had this unbelievable tan, kind of like a Hulk Hogan tan. He always wore those canary yellow trunks. It didn’t matter if he had a great or bad match, I just remembered how good he looked in the ring with that tan and yellow.

“After I stumbled around and tried to find ‘my’ color. I just gave up and I went with Angelo’s color. Then I gotta give props to McDonald’s, I stole their red and yellow, it worked forever, and the fans just dug the colors.”

Hulk Hogan is set to lead Team Hogan into WWE Crown Jewel in Saudi Arabia on October 31st. WWE’s relationship The Hulkster appears to be quite strong once again after years of blackballing him after audio was released where he admitted to being “racist to a point.”

He also made another headline recently after getting in a squabble with a fan. During that altercation, Hulk Hogan made reference to being with this fan’s wife, but that’s another story.