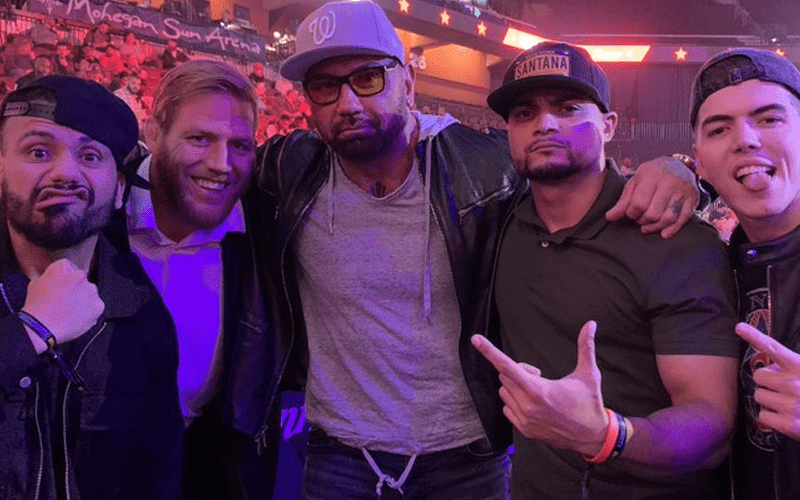 Jake Hager’s third Bellator fight ended in a no-contest. This came after he kept kneeing his opponent in the crotch. That is one way for a pro wrestling heel to end an MMA fight.

Hager’s Inner Circle crew was in attendance for his fight. Chris Jericho might have been popping a little bit of the bubbly elsewhere, but Sammy Guevara, Ortiz, and Santana made the trip.

Dave Bautista was there as well. The Animal posed with the Inner Circle members in what is sure to be a great photo-op that will get the pro wrestling world talking.

You can check out the photo below as Santana tweeted out that: “Real recognize real.”