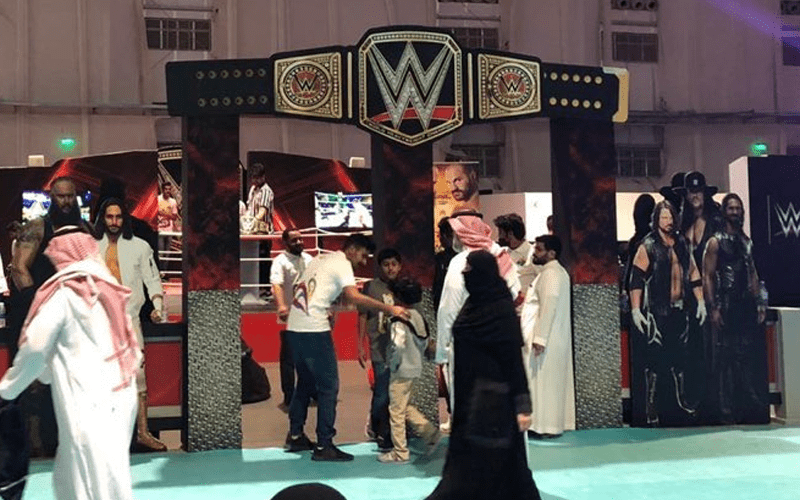 WWE has a big presence in Saudi Arabia and the fourth event of their ten year deal is about to take place. To prepare for WWE Crown Jewel, WWE set up a big booth at the Riyadh Games Festival.

It is Riyadh Season and this booth shows it. It looks like there is a little ring and other displays. It appears that there was also a gaming station. Hopefully, they had WWE 2K19 for the children to play.

No WWE Superstars were there in these photos provided by Ring Rules with the following caption translated to English:

At the Riyadh Games Festival, which takes place in events

It is very interesting that we see two cutouts when first entering the enclosed WWE area at the Riyadh Games Festival. Braun Strowman and Mansoor are both pictured. WWE is obviously pushing Mansoor hard so his match against Cesaro at Crown Jewel is likely to be a very interesting one to watch.

The Undertaker, Seth Rollins, and AJ Styles are also there in cutout form. It looks like they might have brought a little taste of Axxess to Saudi Arabia.