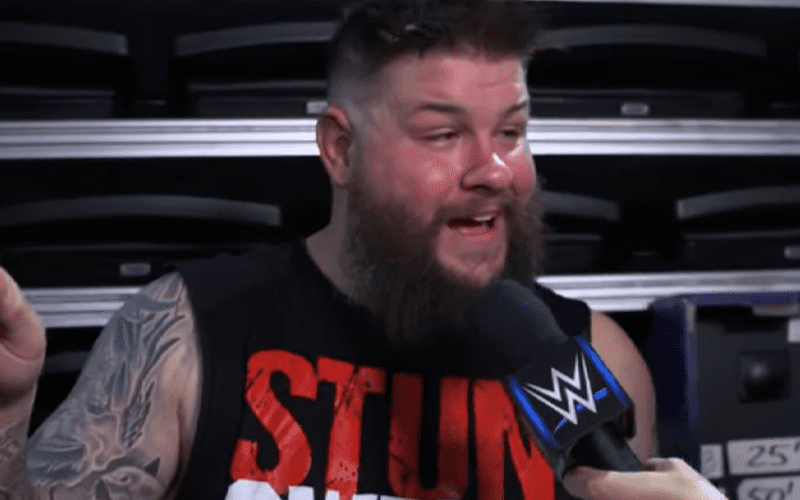 WWE might be considering the idea of introducing pyro to entrances that never had it before. Kevin Owens was one of the Superstars featured in WWE’s question to fans about who should get pyro and he had an excellent idea.

Kevin Owens proposed that if WWE lets him have pyro then he wants an old-school feel. Just like how it used to say “SID” in sparklers over the ring, Owens wants the same treatment. Only he’d like the word to read “BALLS” instead.

I only want pyro if it’s like Sid’s old pyro where it would spell his name above the ring but instead, I want mine to say “BALLS”

We’re not quite sure what inspired Kevin Owens to have this kind of request for his entrance, but it is still a very entertaining thought. Perhaps WWE will read this request and give Owens some flaming balls for his entrance.