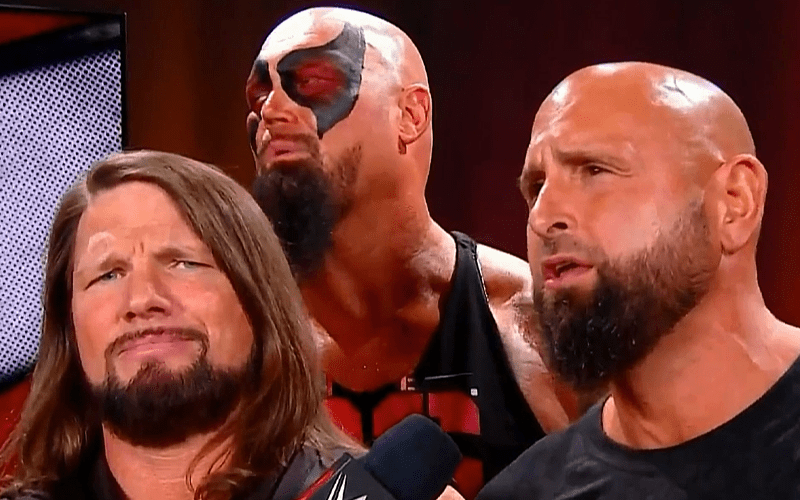 Alas, a few guys who know about Balor’s past more than most is The OC – Luke Gallows, AJ Styles and Karl Anderson. Anderson and Gallows have associated heavily with Finn in the past, and while that’s not quite the case for AJ, they’ll forever be known as two of the most important leaders in the history of The Bullet Club.

Now, while it may seem like we’re clutching at straws, The OC has decided to issue their own response to last night’s events.

Given that they’re on different brands it seems unlikely that this potential story, whatever it may be, will become a reality for quite some time. Some kind of power struggle between the two down the line would be fascinating, especially given the fact that they’ve only really had one real match with each other in WWE – Styles and Balor, that is.

They’re two of the very best to ever transition over from New Japan Pro Wrestling and while they’ve been around for a while now, it still feels like this is only the beginning.

For now, all we can do is sit back and wait to see what kind of an impact Balor’s turn is going to have down in NXT. Will he join The Undisputed Era for good or go off on his own? Only time will tell.