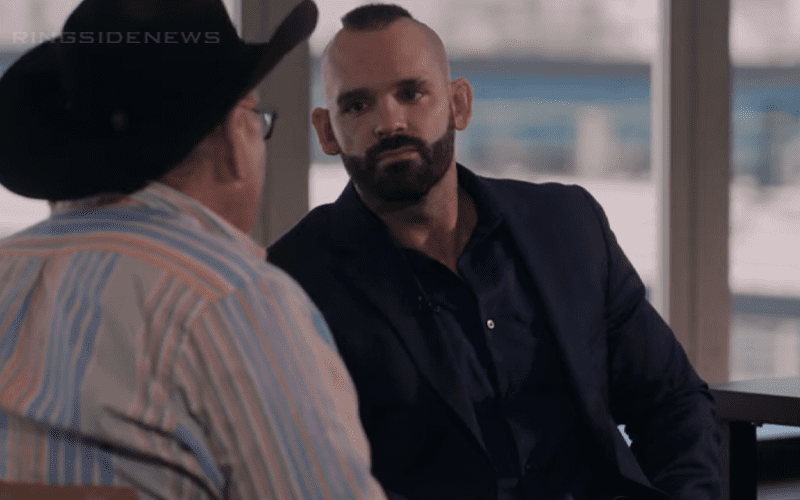 Shawn Spears certainly made a splash in All Elite Wrestling when he attacked former best friend Cody Rhodes, beginning a feud that led to a pretty entertaining blow-off match between the two men.

Spears hasn’t really been seen all too frequently since being humbled by Cody, who has gone on to have a strong run which will see him challenge Chris Jericho for the AEW World Championship at Full Gear.

His association with Tully Blanchard certainly helped to gain him a bit more credibility, and that’s what he needs as he attempts to make a name for himself in AEW.

The now infamous chair shot that he struck Cody over the head with will likely be remembered for better or worse throughout the next few years of AEW’s history, and potentially even beyond.

The question is: what’s next? He’s no spring chicken anymore, but in this age it doesn’t really matter all too much. There’s the potential for him to have at least a few more years at the top, but AEW’s main event scene is already starting to get pretty stacked – and even that may be an understatement.

Spears deserves a lot of credit for his ability to remain relevant within this environment, and he also deserves credit for not severing his ties too harshly with WWE. Judging by the way he talks about the company, it would seem as if a return in the future isn’t out of the question – whether he wants that is a different matter altogether.