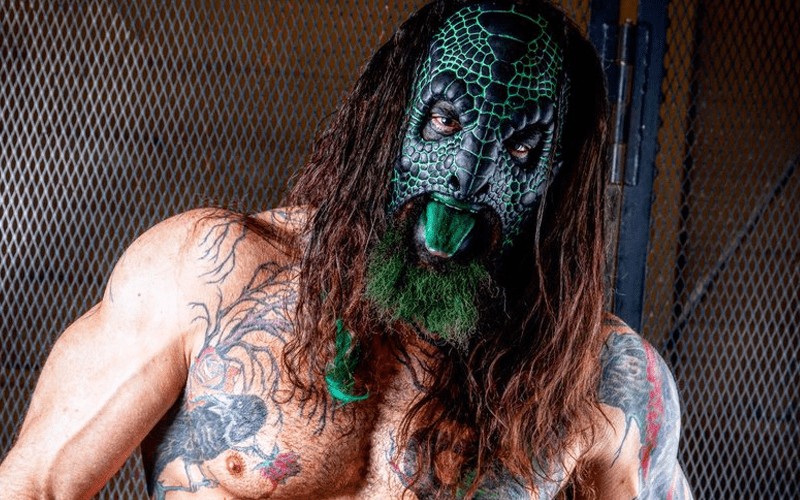 Luchasaurus couldn’t wrestle in the first round of the AEW World Tag Team Tournament. This was not part of the show and he was really injured. Marko Stunt was chosen to go in Luchasaurus’ place and the rest is history.

During Wrestling Observer Radio, Dave Meltzer revealed that unlike Xavier Woods’ Achilles injury, Luchasaurus’ hamstring injury is not a full tear. This is great news for him which means he will be back sooner than first thought.

“Luchasaurus — good news as far as the injury goes. It was note a tear, it was a bad strain. So, he’ll be out for a while, but a tear he could have been out for a long time too, that’s a bad one.”

“I mean you know that’s six months or more and at this stage in the game for him when he was just getting his break you don’t know if he’s gonna come back and get that momentum back. But, strain, you know it’ll be a week by week thing — it’ll be several weeks, but you know he’ll back in action soon enough. So, as long as he’s back in action then Jungle Boy’s not iced, so there you go.”

This is good news for fans of the Jurassic Express. Luchasaurus is a very important piece to make that stable work.

He’ll be back soon enough after a little rest, but the wrestling dinosaur is not extinct by any stretch of the imagination.