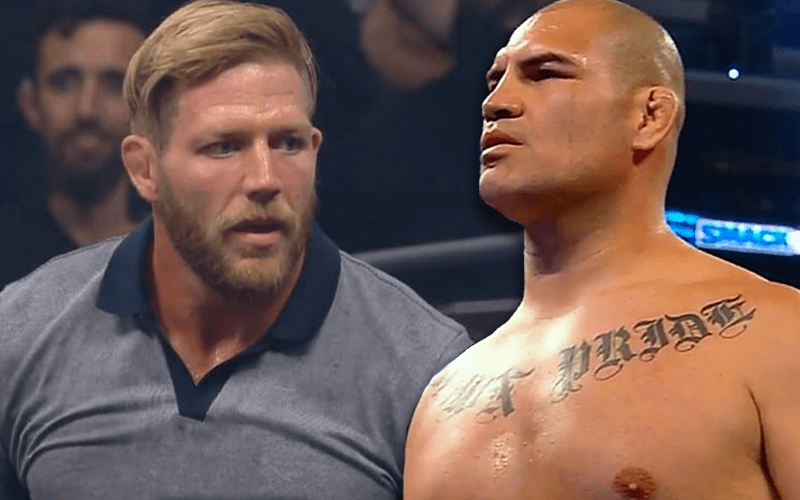 WWE is a much different animal from the UFC world that Cain Velasquez is used to. He showed this on Raw this week as he laid in some obviously soft punches on Shelton Benjamin.

Sherdog’s Keith Shillan recently spoke to Jake Hager who made a transition from wrestling to WWE to MMA. He knows the differences and said that Velasquez might be in for an “eye opener” at WWE Crown Jewel.

“It takes years and years of training to have a great match with somebody. As excited that I am that he crossed over, and I love the competition and the comparisons because him and I are the same age and were in college at the same time.”

“I don’t think someone can walk off the street and have that Hall of Fame five-star match. It’s going to be an eye-opener for a lot of fans and him.”