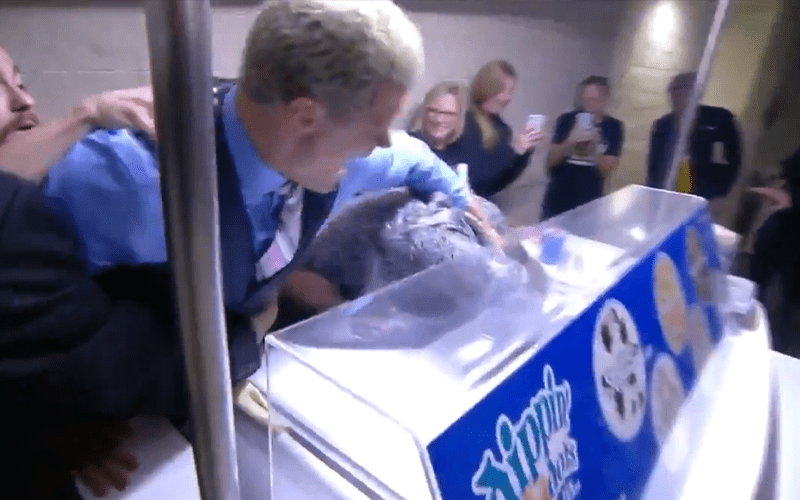 AEW Dynamite included the kind of brawl inside an arena that we just don’t see anymore in pro wrestling. Cody Rhodes and Chris Jericho ended up battling on a Dippin’ Dots stand and that could have opened the door for a new crossover brand for AEW.

The famous futuristic ice cream company tweeted out to Cody Rhodes during Dynamite. They said that if AEW can stay away from trashing their stands at future shows then they’ll make a flavor for Rhodes.

Do us a favor- don’t hurt the Dippin’ Dots and we’ll make you a flavor: Rocky Rhodes!

Hopefully, they are being serious about this because Rocky Rhodes sounds like a great flavor of ice cream.