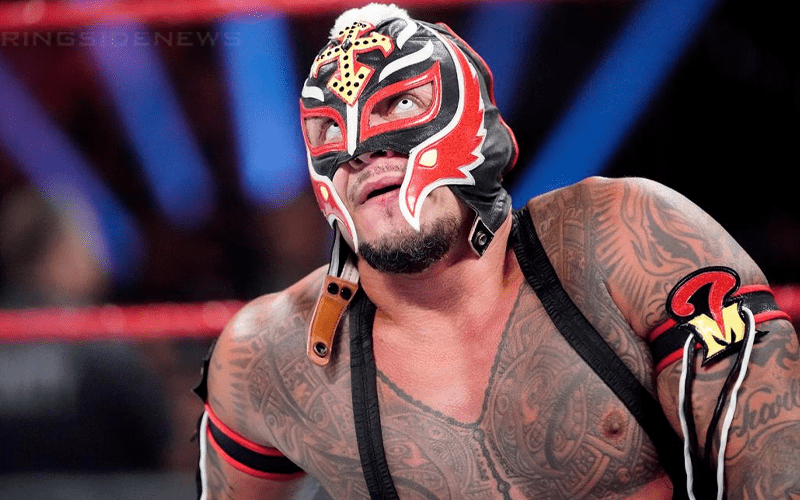 Rey Mysterio came out on RAW this week with his arm in a sling. He cut a promo about Cain Velasquez’s upcoming match against Brock Lesnar and then Shelton Benjamin entered the situation.

Benjamin backed Mysterio into the corner and it looked bad for Rey until Cain Velasquez came out for the save. This made a lot of fans wonder why Velasquez didn’t come out with Mr. 6-1-9 from the beginning since he was there the whole time.

Shelton Benjamin obviously wasn’t happy about how this went down. He tweeted out a big warning to Mysterio and his “buddy.” It looks like they will “revisit” their conversation at a later date.

@reymysterio after my buddy (the Beast) mauls your buddy (whatshisname )we will revisit our conversation, buddy

We’ll have to see what happens next. Shelton Benjamin has a ton of potential, but he’s been greatly underutilized. He has some serious history with Brock Lesnar as well which might complicate things for Rey Mysterio.