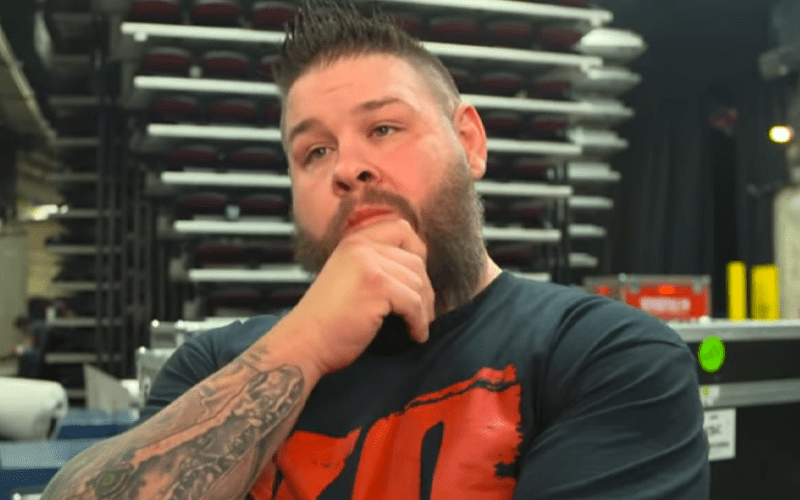 Kevin Owens made his return to RAW this week as he helped out the Street Profits. KO didn’t compete in the match, but his run-in helped Montez Ford and Angelo Dawkins in a big way.

After RAW was said and done, Kevin Owens took the time to explain why he helped out The Street Profits. They needed backup and he’s still not a fan of AJ Styles. The rest was simply waiting for the perfect time to make his appearance.

“I wouldn’t call myself the third member of the Street Profits. That’s high praise, and I don’t know if I’m ready for.”

“I knew they needed back up, and while they’re right, I strongly dislike AJ Styles, they’re probably wrong when they say, they dislike him as much as me because you’d be hard-pressed to find somebody who despises AJ Styles as much as I do. Now, I’m back on Raw, and that’s bad news for AJ Styles. Here’s the thing, you know why I waited this long to go out there? Because I wanted to make sure the Street Profits needed me. Tonight wasn’t about AJ Styles or The OC or Kevin Owens. It was about the Street Profits having their first match on Raw. AJ Styles made sure they needed me by sticking his nose in their business. AJ’s gonna stick his nose in their business; I’ll gladly try to break his nose.”

Kevin Owens got a big babyface pop on RAW this week which isn’t likely to stop. He entered the situation, delivered a stunner to AJ Styles and left. That is all he needed to do, but his allegiance was obviously shown.