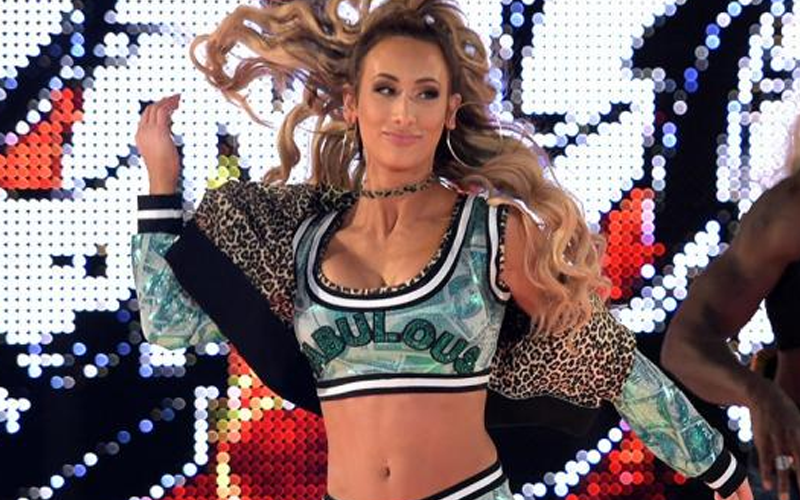 Carmella was traded to SmackDown during the WWE Draft effectively ending her partnership with R-Truth. This was a sad moment for fans who loved seeing the duo together, but now we’ll have to see what is next for her.

While speaking to Fightful, Carmella spoke about her diversity in the ring. She’s willing to do whatever it takes to succeed in WWE and plans on making the most of her time as a WWE Superstar.

“Well, I think it shows that I’m willing to do whatever it takes. I just want to have fun and make the most of my time here in WWE. I feel very lucky because I’ve had the opportunity to do a lot of different things, and show a lot of different sides of my character. And I don’t think that many people get the opportunity to do that. They’re kind of pigeonholed to one sort of character, one sort of role. And I feel like I can sort of, whatever is thrown at me I’m gonna make the most of it. So, I just want to have fun and right now, doing this stuff with Truth is the most fun I’ve ever had. And, man, I wouldn’t trade it for anything.”

Carmella and Corey Graves’ relationship was the reason why she is now on the blue brand. Since the USA Network came up with the WWE 24/7 Title, R-Truth needed to stay on RAW. That explains why Mella and R-Truth are no longer a team, but you can never say never in WWE. It certainly seems like Carmella won’t be turning down any ideas WWE has for her.