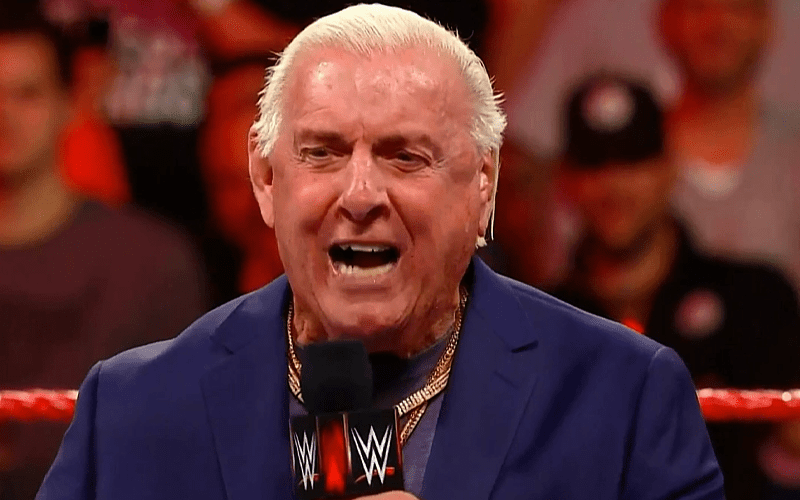 WWE Raw kicked off with a bang as Ric Flair’s music hit. He had an event in Saudi Arabia to promote and Naitch was pumped to be there.

King Corbin, Bobby Lashley, Shinsuke Nakamura, and Bobby Lashley were already announced as part of Team Flair. Then The Nature Boy showed up to kick off the show in Cleveland.

Ric Flair introduced Drew McIntyre who made his television return. Then McIntyre cut a promo saying that Ric Flair asked for a favor and it’s been granted. He said to grab a front row seat because things are about to get uncomfortable. Then he had a match against Ricochet.