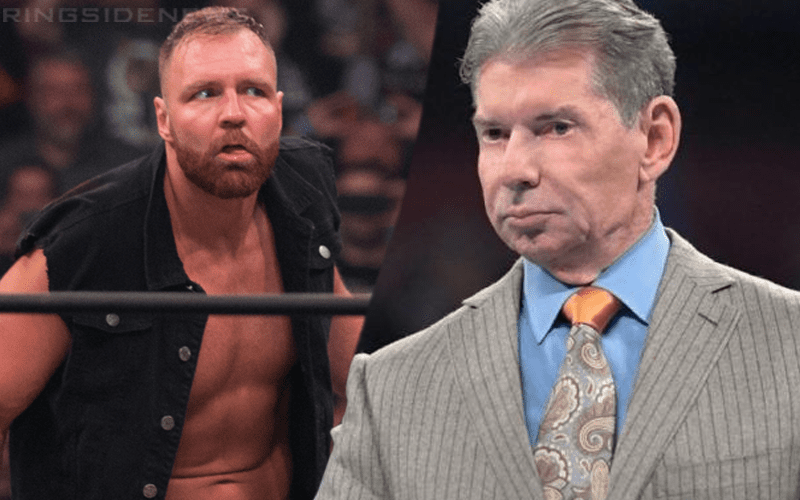 Jon Moxley has free reign to use violence to his heart’s content in AEW. The unscripted violence aspect of his character has become quite pronounced and even appears on his merchandise.

While speaking to Screen Geek, Moxley discussed how he would be spoken to when he proposed a hardcore angle in WWE. Obviously, with their family-friendly nature they were a bit more concerned with keeping things TV-PG even if it meant the product suffered.

“Literally, like ‘No!’ I mean [WWE] is literally telling me what to do, barking orders at me. [McMahon voice] ‘Sell! ‘Lay down!’ It really, truly feels like I was asleep, mentally checked out, for like years. Like, I became a lapsed fan.”

“I’d be watching the product that I’m a part of in the locker room and going, ‘This show sucks.’ I became a lapsed fan, so I know they exist and it really was like there was this completely separate guy that existed who got outta prison and it’s just like I woke up and it was crazy. I just feel like a better person all around – just back to being me, in and out of the ring, not necessarily just the character.”

For Moxley to say that he became a lapsed fan while working for WWE says a lot. He was able to let his contract expire and break out of WWE. Now he’s not going to be told no as much and it already shows in the content that Mox has produced already.