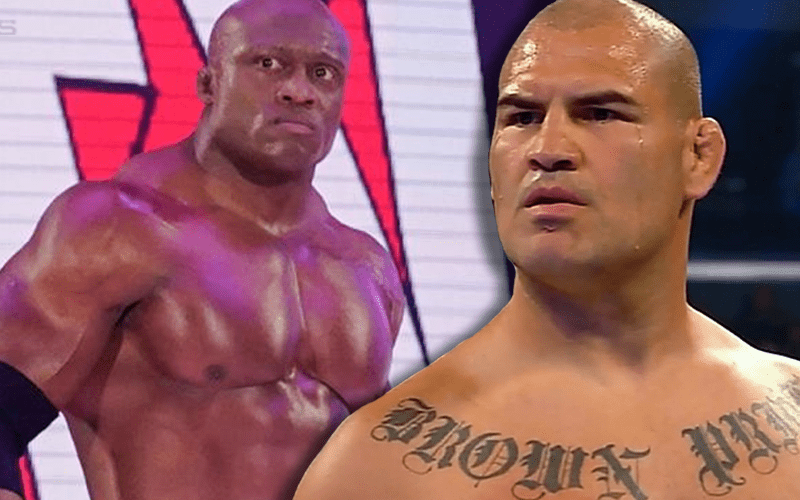 Cain Velasquez joined WWE after being a fan for years. Now he signed a huge multi-year contract to start the real grind. It’s unclear how much WWE will work Cain Velasquez and what kind of shape his knee is in either.

Velasquez spoke to Rey Mysterio and Brian Cage about getting stem cell treatments done. So, he’s likely to try that before getting a surgery. That will hopefully help him stay healthier so he won’t need to take time away from WWE.

While speaking to Uproxx, Bobby Lashley mentioned Cain Velasquez. He’s not sure what kind of schedule the former two time UFC Heavyweight Champion will have, but he’s hoping that his body is ready for it.

“I seen him. He actually can work. I’m interested. I’m interested to see. I’d like to get out there, meet Cain, he’s a super dude, man. I trained with him a couple times and, man, he’s an amazing dude, and I know that he’s putting in the time. Hopefully his body can hang up for the torture and I don’t know what kind of schedule they’re going to put him on. If he’s on the same schedule that we’re running right now, it might be a little challenging, but if he gets a little bit of easy schedule, I think he should be all right.”

WWE has a lot of money to offer when Vince McMahon sees something that he wants. Perhaps Brock Lesnar vs Cain Velasquez in a WWE ring will bring a lot of eyes to the product. With the WWE Title in play during their match at Crown Jewel it will be very interesting to see what WWE’s plan is from this point on.