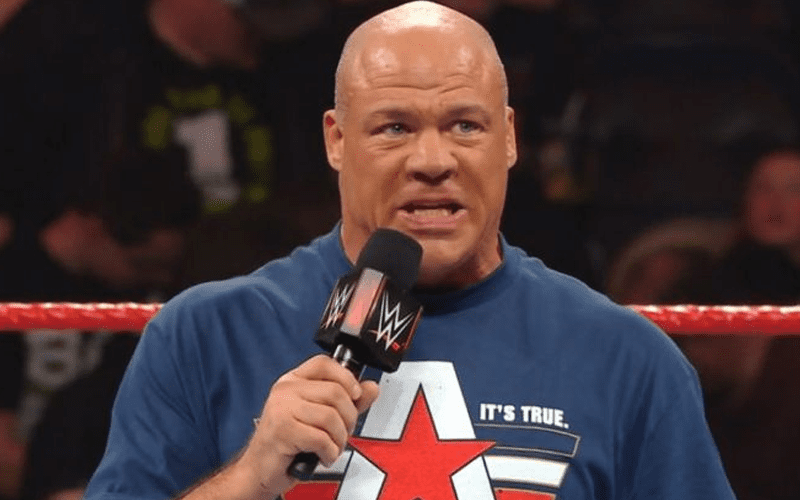 Kurt Angle’s Hall Of Fame career came to an end at WrestleMania. Baron Corbin did the honors of wrestling him in his last match and now Angle has a role as a backstage producer. That doesn’t make anything easier for him.

The Pop Break recently spoke to Kurt Angle where he discussed the difficult transition he experienced from being in the ring to behind the scenes.

“Right now it’s a little hard to watch. I mean when you make the transition from wrestling to retirement, you still want to be out there. So it’s a little difficult, but I’ve been handling it pretty well. It keeps me busy.”

Things will get better for Angle as he continues to adjust into an important backstage role. He has a lot of experience and can offer a lot. Angle also recently signed a new five-year contract so it appears he’ll be with WWE for the next half a decade.