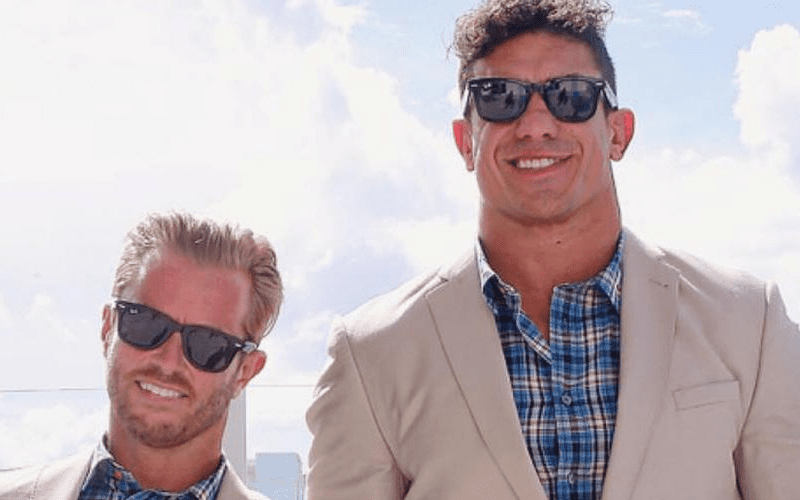 Chad Gable got an even shorter nickname than Shorty Gable. After last night’s episode of Friday Night SmackDown Gable’s new name in WWE is “Shorty G.” Apparently, Drake Maverick wants a little of whatever creative Gable is having.

Maverick tweeted out that “Shorty G is my new favorite wrestler. An inspiration.” Then EC3 had a hilarious suggestion.

EC3 and Drake Maverick are very close friends. Carter was Drake’s best man in his wedding, after all.

So, EC3 had an idea for his old friend about a new name Maverick could adopt in WWE from now on.

Lil D might be a little bit more risque than Rockstar Spud. Let’s just see whether it will catch on, but Drake Maverick will need to find his way on SmackDown first.