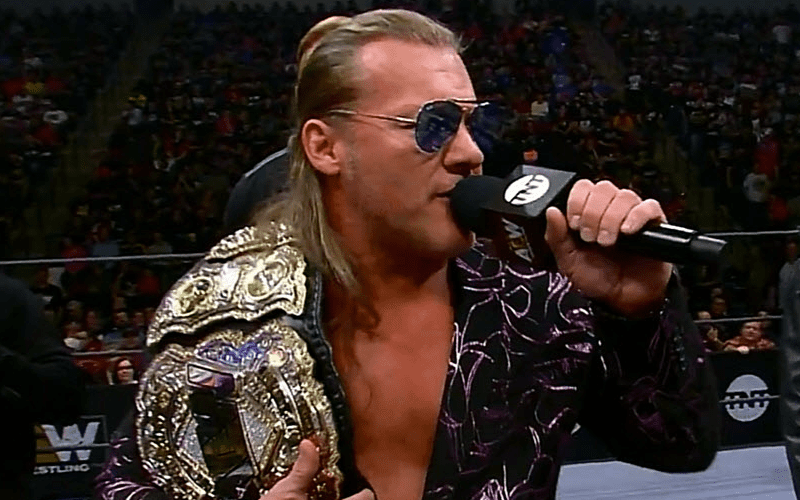 AEW Dynamite featured a match in the first round of the AEW World Tag Team Tournament that some people are still talking about for the wrong reasons. Now Chris Jericho is speaking his mind to defend Marko Stunt.

Some people didn’t like the fact that Marko Stunt wrestled against Pentagon Jr and Fenix on Dynamite. He was filling in for Luchasaurus and he had two hours to prepare for this stiff match.

Jericho stepped out of his heel persona briefly to defend Marko Stunt. He compared him to Rey Mysterio in a way which is a huge compliment as well. Jericho thought Mysterio was too small to wrestle when he first saw him.

He said that Dean Malenko was laughed out of the locker room due to his size in the past too. Needless to say, Y2J isn’t going to stand any of the “he’s too small to wrestle” talk.

“Laughing at ppl complaining that @MarkoStunt is too small & a “disgrace to pro wrestling!” Funny thing is I thought the same thing about @reymysterio the first time I met him in 93. I also saw @TheUltimoDragon get REAMED out by his boss when he first brought Rey to Japan in 95.”

“#DeanMalenko got laughed out of #WCW locker room when he stood up for Rey before their first match in Aug 96. Both men were congratulated afterwards after ppl saw Rey work. Times have changed & Marko IS small. But most of the workers on the roster are smaller in 2019 then the 90s.”

“Bottom line: Over is over & #Marko did a good job of getting over on Wed. Whether he ends up a World Champion like Rey did remains to be seen…but I’d rather watch him than a 6’8 musclehead who can’t move. I was once told I was “too small” to be a wrestler too…& I did ok!”

Marko Stunt also commented on his hate and he didn’t seem to mind it. After all, he’s heard it all before. It’s nice to see Chris Jericho take this kind of a stance though.