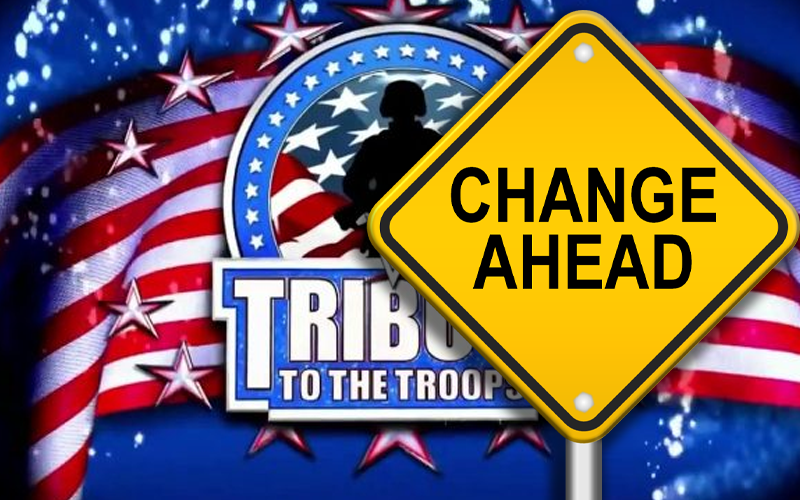 WWE’s Tribute To The Troops has been a yearly “thank you” to the U.S Armed forces since 2003. They’re not breaking that tradition this year, but they are switching things up a bit.

WWE’s yearly Tribute To The Troops event has been confirmed. It will take place in Fayetteville, North Carolina at the Crown Coliseum. It will also be taped as part of the Friday Night SmackDown in the building on the same night on December 6th.

Considering the fact that most Tribute To The Troops specials have taken place on military bases, this is an interesting change in location. They have used this location in the past for this event.

Tickets will go on sale October 25th for this event. It appears to be open to the general public so it will be interesting to see how WWE integrates the troops into the audience.