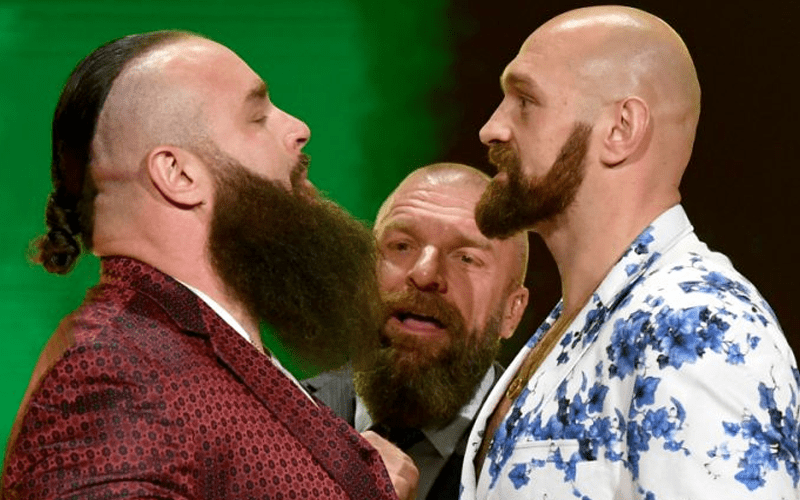 Tyson Fury and his family watch WWE as big time fans. He has been quite open about how much he enjoys WWE. Fury actually tried to work with WWE years ago. Now they are finally making something work.

While appearing on ESPN’s First Take, Triple H discussed Tyson Fury’s entrance in WWE. He said that Fury is made to be a WWE Superstar which gives us a lot of hope about his Saudi Arabia match against Braun Strowman.

“My biggest job is recruiting athletes globally, so I’m looking at athletes from all over the world from every sport Olympics, NFL, soccer it doesn’t matter. I’m looking for the best athletes in the world, but when they’re showmen like Tyson Fury is it makes that job so easy and I can tell you this from him coming down to our Performance Center in Orlando Florida he has taken to this like a fish to water.”

“His footwork, his mannerisms, everything is there. The athleticism of what he does as a combat athlete is there and then some. Plus, is there a better showman on the planet than Tyson Fury? He was custom-made to do this so he’s been on the radar for a long time for me.”

Triple H said he went to one of Tyson Fury’s fights and it really put him back on his radar as well. Then a deal was made for Saudi Arabia.

Fury might only get one match with Braun Strowman before his return to boxing where he has a fight scheduled in February 2020, but you can never rule out Tyson Fury coming back for another tremendous payday.