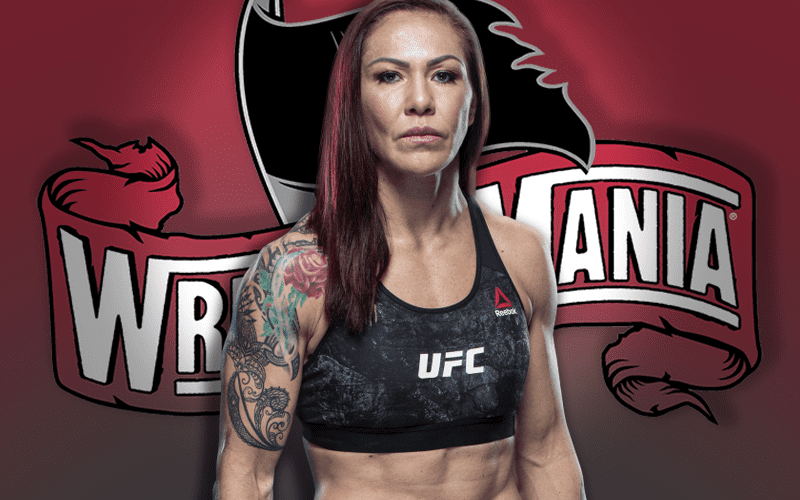 WWE is all about pulling in crossover athletes, especially from the MMA world. Cris Cyborg and Vince McMahon’s company have had an interesting relationship, but it seems like some interest could be brewing.

Brad Shepard reports that Cyborg backed out of talks with WWE months ago. Now her team has contacted the company once again. There is apparently some thought in a WrestleMania match.

According to a source in #WWE, Cris Cyborg’s team reached out to WWE about appearing at #WrestleMania. I’m told the company was prepared to offer her a deal months ago and she backed out – the source questioned if she is just trying to make headlines.

Cris Cyborg has made a few headlines in the past and not followed through with expressed WWE interest. Cyborg also visited the WWE Performance Center in the past, but she later downplayed her presence in WWE’s training facility.

We’ll have to see if a deal can be arranged between WWE and Cris Cyborg.