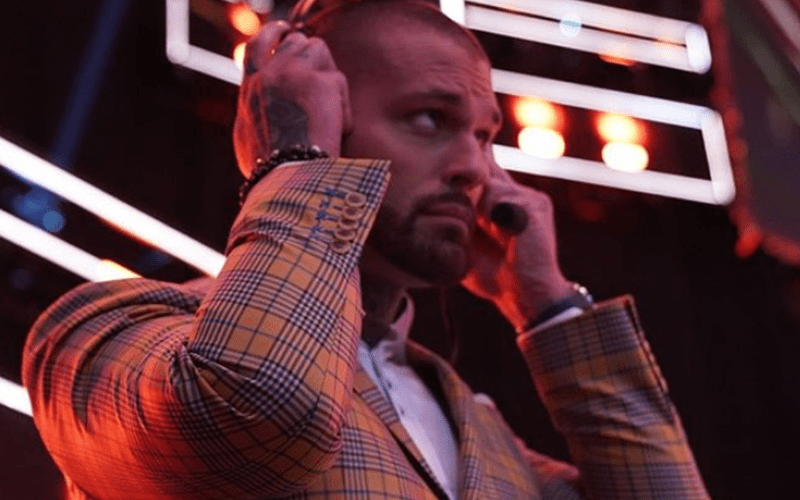 Corey Graves is known for his words on commentary, but fans are about to get a much different side of him. He will host WWE’s first official podcast “After The Bell” and Graves is obviously excited for it.

The Savior Of Misbehavior will have a new platform to voice his opinions every week. He will also get to control interviews with some top WWE Superstars. With Triple H as his first guest, anything is on the table.

Graves commented on this new podcast while comparing it to a machine gun. After all, he is known for his rapid fire wit.

Now is the time to consider your rock throwing strategy, as I now have the machine gun. #ATBWWE

WWE could have a real winner on their hands with Corey Graves hosting his own podcast. He might have joked that Carmella helped him get the gig, but we’re just waiting for the first episode on October 30th to see what they have in mind for this new show.