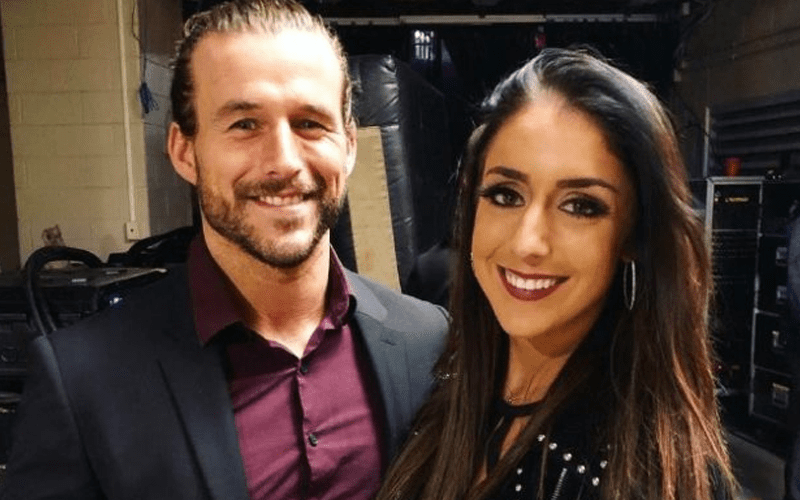 NXT Champion Adam Cole and AEW’s Britt Baker are in a relationship across company lines. They were dating long before the Wednesday Night Wars started so competing television shows aren’t getting in their way.

While speaking to Bleacher Report, Britt Baker discussed how her relationship with Adam Cole is in the midst of this situation between NXT and AEW. She revealed that they’re texting each other up to the point where they go out to perform and still watch each other’s shows as well.

“We are texting and calling each other for encouragement right up until the moment we go out the curtain. It can be a little heartbreaking when it’s the biggest night of his career or the biggest night of my career and we can’t be there. Because we’re each other’s biggest fans and, as a fan, you want to be there and feel the energy.”

“You want to experience it. So, it’s a little discouraging. But we sit at home and watch each other’s matches. We actually watch each other’s whole show. We support each other’s company. My boyfriend is basically best friends with The Young Bucks, so he’s very supportive of All Elite Wrestling.”

Some AEW fans are very curious to know when Adam Cole’s contract is up with WWE. There is some hope that he might re-join his old friends in The Elite. That might not be out of the realm of possibility, but right now it looks like they have a pretty comfortable and supportive situation going on.