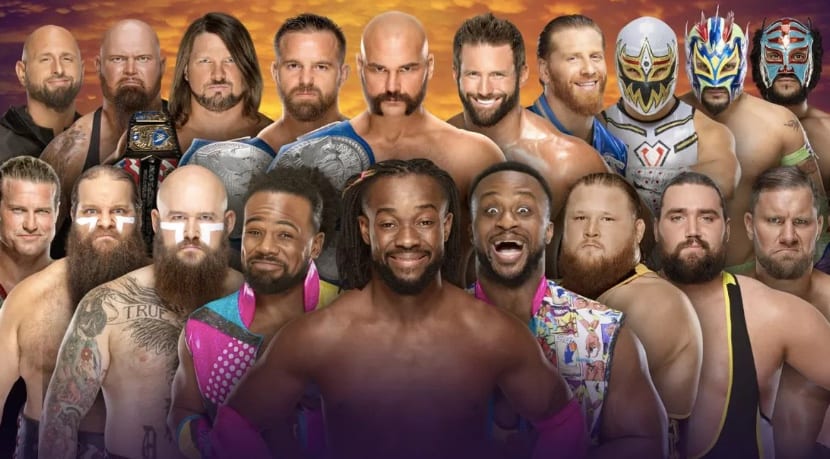 As seen on Sky Bet, the betting odds for the upcoming Tag Team World Cup at WWE Crown Jewel have been released.

This mammoth tag bout is set to be contested by virtually all of WWE’s notable tag teams, many of which are attempting to claim the title of being the ‘Best in the World’ – following in the footsteps of Shane McMahon from last year’s event.

While there will likely be some kind of trophy or award attached to this victory, the majority of fans aren’t putting all too much stock into this match, and understandably so.

At this moment in time The New Day, led by former WWE Champion Kofi Kingston, are the favourites to win the match at odds of 7/4. The Viking Raiders aren’t all too far behind at 15/8, with AOP coming in as the surprise contenders in third at 4/1. The top five is then rounded off by The Revival 6/1 & Dolph Ziggler & Bobby Roode 8/1.

New Day winning would make a whole lot of sense as they’re arguably the most popular team in the match, and they also, as we’ve already noted, have the WWE Champion at their disposal.

This card is looking more and more stacked as we get close to the Halloween extravaganza, and while it’s likely to bring in a lot of casual fans to go along the hardcore supporters of the product, the fact that it is being held in Saudi Arabia will continue to serve as a thorn in the side of most critics.