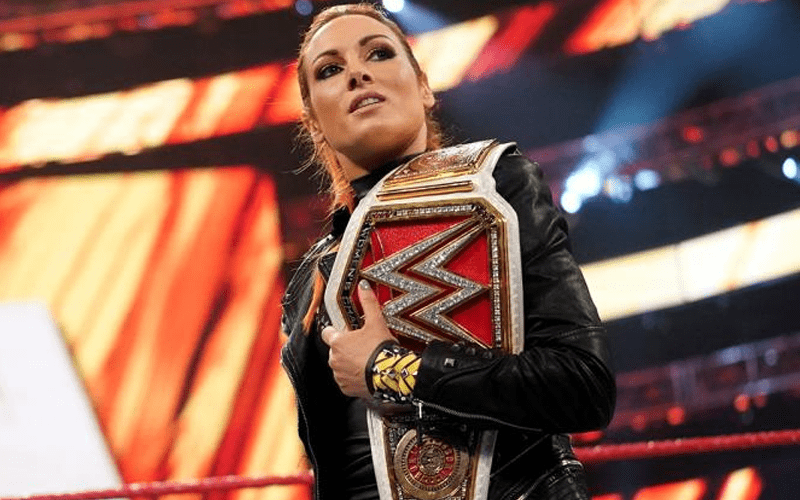 Becky Lynch became The Man one year ago today. She proudly declared “I am The Man” and the world took notice. Then a month later, Nia Jax broke her face and left Becky bloody and concussed to pose for an iconic moment that confirmed Lynch is The Man.

On the one-year anniversary of adopting her current persona, Lynch said she has experienced “the greatest 12 month ascent in WWE history.” She was trying to turn on the fans at the time, but they wouldn’t have it.

One year ago today I said the words, “I am The Man” and it started the greatest 12 month ascent in WWE history. I was trying to turn on you, but you wouldn’t let me. You were all right. Thank you.

Becky Lynch is now the RAW Women’s Champion after becoming Becky Two Belts at WrestleMania. Now she is also sharing the cover of WWE 2K20 with Roman Reigns and she signed a huge WWE contract in the process.

She doesn’t seem to be losing an momentum in WWE as they continue to push her as a top Superstar. Some might argue that it’s not the “greatest” ascent in WWE history, but it has certainly been an eventful one.