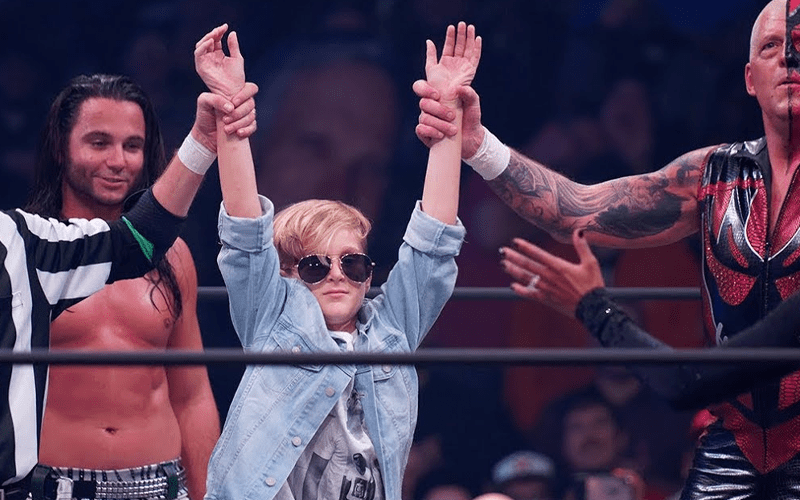 Cody Rhodes really knows how to celebrate a kid’s birthday. This is especially true if the kid comes to an AEW event dressed as Orange Cassidy.

We previously reported that a young fan showed up to AEW Dynamite dressed as Orange Cassidy. So they invited him into the ring following Dynamite and AEW Dark. Cody Rhodes ended up re-enacting the Finger Poke Of Doom and the kid got a pinfall on the American Nightmare.

AEW isn’t hiding this event at all. The whole bit was filmed and they premiered it on YouTube this afternoon. The kid stayed in the Orange Cassidy persona the entire time and Cody offered $50 to the first referee to the ring.

Rick Knox was able to accept the call so he earned himself $50. He also got to count the pinfall as Cody laid down on the mat.

MJF stole the show as he got in the kid’s face and screamed at him. Then lil Orange Cassidy made a pinfall on MJF’s best friend. It was a pretty great way to wrap up Dynamite in Philly.

The big question is if this loss for Cody will count in AEW. He answered that quickly by saying to “get that kid a plane ticket to Baltimore, he’s wrestling Chris Jericho.”