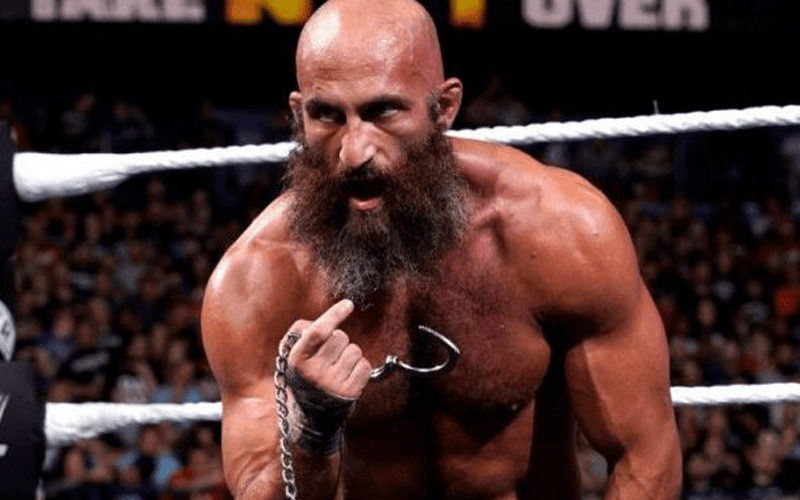 Former NXT Champion Tommaso Ciampa is widely considered to be one of the best stars to ever come through the developmental system which, in itself, is a pretty big statement to make.

Ciampa has been out of action for a long time due to injury, which has been the pattern for his entire career over the last few years. Now, though, he’s ready to bounce back and go after the NXT Championship once again – and the fans are pretty happy about that.

Last night he was able to make a winning return to NXT against Angel Garza, and in the immediate aftermath of the win, Ciampa reacted to his return on social media.

It’s a short and sweet reply from one of NXT’s all-time greats, as he continues to remain loyal to the brand despite there being clear interest from RAW and SmackDown.

One question that most fans have is what could be next for Ciampa and his former best friend & rival Johnny Gargano now that they’re both fighting fit once again. Of course, with Adam Cole being the one who is currently holding the title, it doesn’t seem as if their paths will cross just yet – but it’s certainly a distinct possibility in the future.

This seems to be the beginning of something big for Ciampa in NXT once again and given that they’ve just made the switch over to a two-hour show on USA Network, it’s safe to say that this is going to be the most important few months of his WWE career.