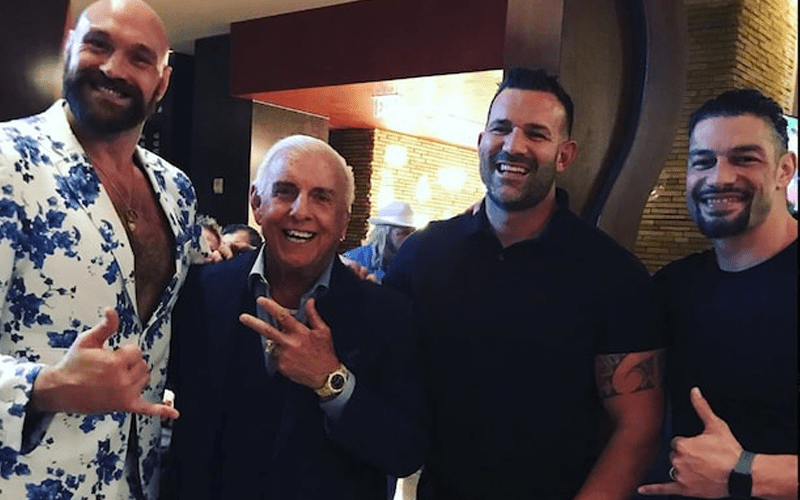 Tyson Fury is obviously a pro wrestling fan. He is getting paid a lot of money to work a match at WWE Crown Jewel, but his interest in WWE is what really brought him to the company.

TMZ reports that while they were in Las Vegas recently, Tyson Fury went out on the town and spent some time with Ric Flair and Roman Reigns in the Jewel nightclub at the Aria. They also had some good company too as Floyd Mayweather was also around.

Mayweather and Fury are both boxers who took some time for WWE stints. Fury’s time in WWE isn’t over yet, but it’s likely to just be the one Crown Jewel match since he has a boxing fight in February 2020.

As you can see by the photo below, they obviously had a good time in Las Vegas.