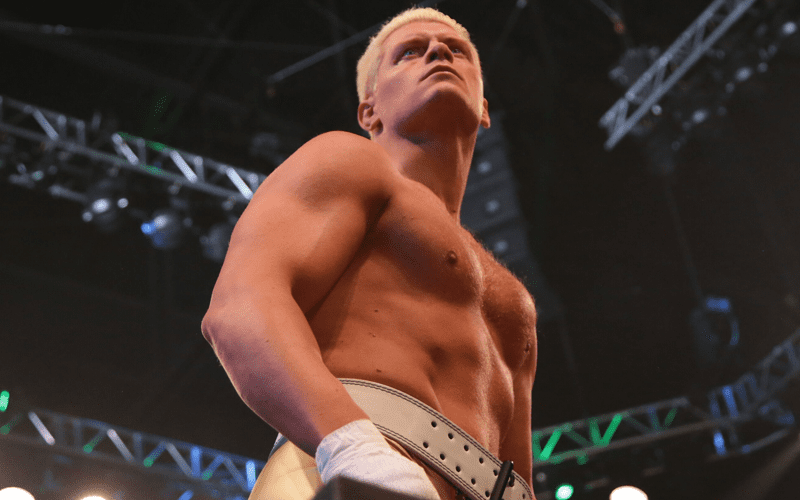 Cody Rhodes is very dedicated to pro wrestling and AEW. It would take a lot to keep Rhodes from performing for the fans and last night was proof.

Click here to find out everything that happened before and after AEW Dynamite.

PW Insider reports that Cody Rhodes worked a match during AEW Dark even though he wasn’t supposed to. The American Nightmare had a 102 degree fever the night before. He given an option to not perform last night, but he refused and wrestled anyway.

Hopefully, Cody Rhodes can stay in great health for a very long time because AEW needs him around. Either way, it’s nice to know that no matter how sick he is it’s not going to keep him from going to work.