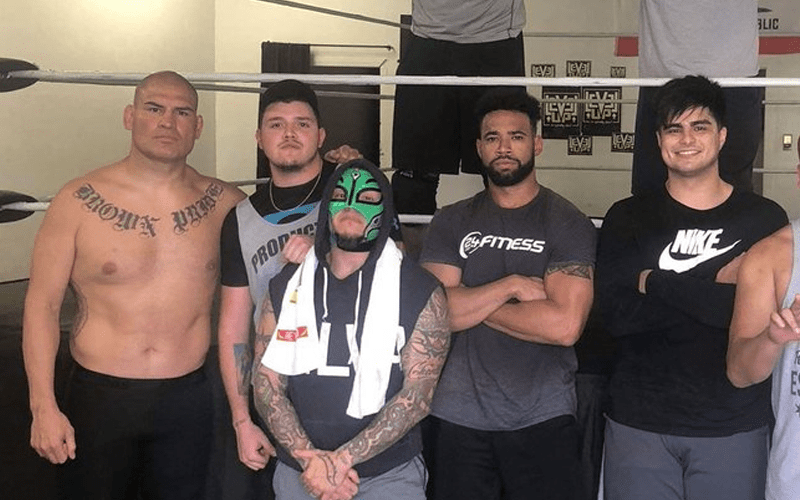 Cain Velasquez is getting ready for his match against Brock Lesnar at WWE Crown Jewel. It also won’t be his last match with the company after signing a multi-year contract.

The Level Up Pro Wrestling School in San Diego recently posted a photo of Cain Velasquez at their school. He was also with Rey Mysterio and Dominick.

Level Up is head coached by indie wrestler B-Boy. They said that they’re “putting in work today” in the social media message they sent out with the Velasquez photo.

It will be interesting to see what kind of moves Cain Velasquez has in store for fans at WWE Crown Jewel. He learned a handful of lucha libre moves while in AAA and could very well end up surprising a lot of people.