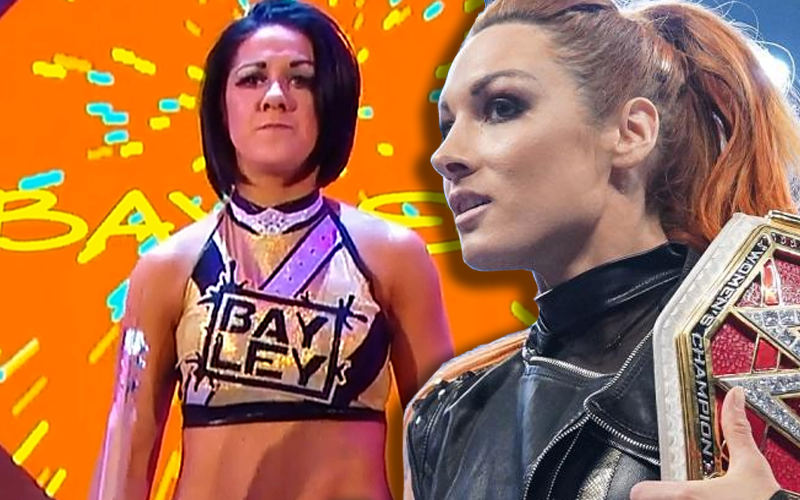 Bayley really surprised a lot of people and emotionally damaged a child or two when she slaughtered her Bayley Buddies on live television. It was a big move for her character, but Becky Lynch is a fan.

While appearing on WWE’s The Bump, Becky Lynch spoke about Bayley’s new attitude. She likes the edge that Bayley is bringing to her character. After all, a little bit of danger brings out the best in most people.

“I like it because I think it brings out a different edge to her. I think once you stop trying to please everybody, then you’re a little bit more dangerous, and I like that. I like a little bit more danger because it’s going to bring out the best in me, too. You know, but Bayley was out there, she’s complaining about being in my shadow, so then she jumped into Sasha’s less-impressive shadow, so I don’t know.”

Since Bayley and Becky Lynch are both holding titles on separate brands it’s not likely that they’ll be in each other’s way imminently. Things could change at Survivor Series if WWE wants to book another champion vs champion match which could be very interesting to see at this point.