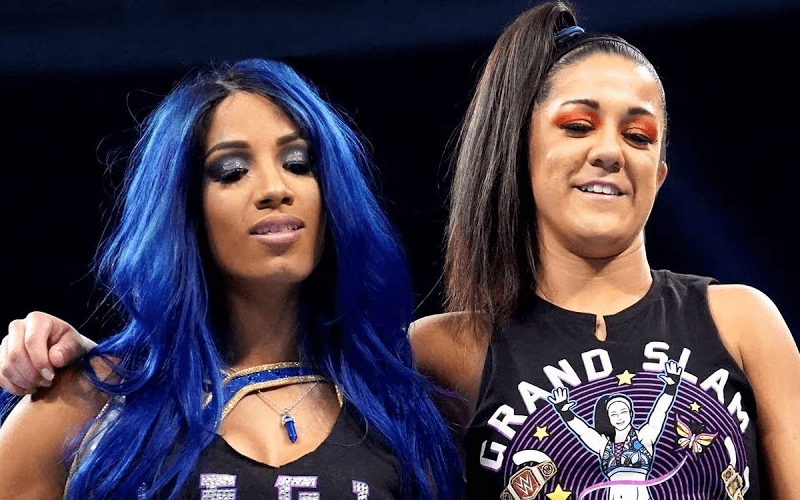 WWE is a very complicated company to operate in and the rumor mill can be a big part of that. There were multiple reports of Bayley and Sasha Banks laying on the locker room floor during WrestleMania. There were also reports that they did the same outside of one of their hotel rooms. Now Bayley is speaking out about that.

Sasha Banks already nixed those reports on her WWE Chronicle special. This was after she admitted to it during an in-ring promo.

While speaking to Sky Sports’ Lock Up podcast, Bayley addressed these rumors and continued to refute them.

“We read all the stupid rumors and it’s ridiculous. There’s no proof of it and it’s people just spreading these rumors because they want to talk, they want something to start up. We literally watched the main event in person by the hard cam and enjoyed the women stealing the show.”

Sasha Banks is currently out of action with a tailbone injury. Whenever she does come back she’ll be on the SmackDown brand. We’ll have to see if there are any more plans for Banks and Bayley in WWE, but hopefully, this is the last time we hear about them demonstrating any sort of displeasure about the company.