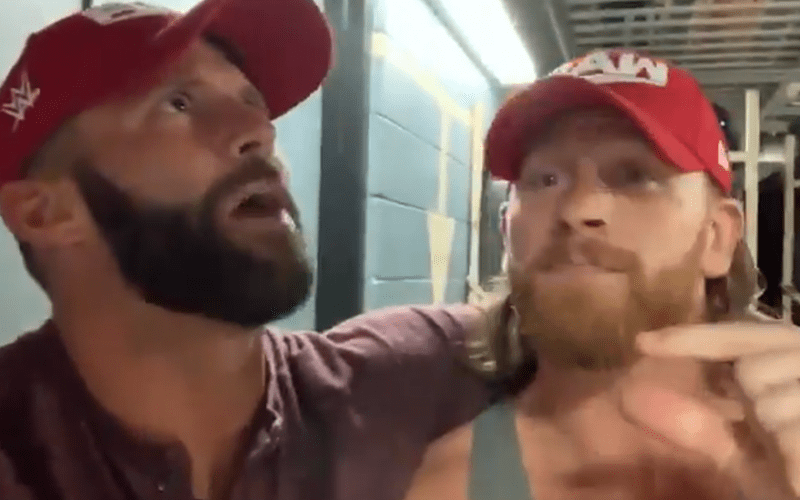 WWE finally made the remaining choices in the 2019 Draft. Now that the free agents are all taken care of, Zack Ryder and Curt Hawkins finally know which brand they’re going to even if they technically never left RAW.

Ryder and Hawkins responded to the news that they are on RAW and the two seemed really happy about things. They are grateful to be in WWE, included in the new video game, and to be on RAW as well.

The two also have plans to become two-time RAW Tag Team Champions when everything is said and done. Ryder took this chance to remind Hawkins that his losing streak wouldn’t have ended without his help either.

You can check out the clip below. They’re not complaining about their position in the draft, if anything, the two seem very happy to just be a part of the team.