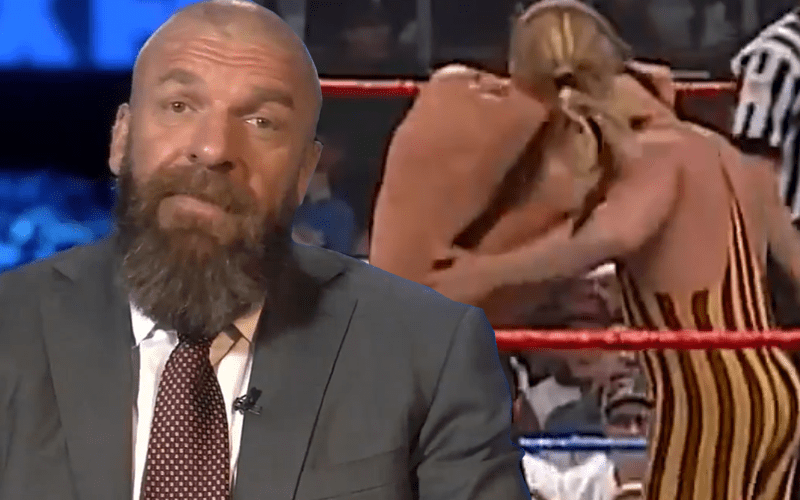 Triple H’s Pedigree has put plenty of opponents on their backs for a three count, but that wasn’t the original move that WWE wanted him to have.

While speaking on WWE Backstage, Triple H discussed the origin of his Pedigree finisher. He was inspired to make the Pedigree after watching his trainer Killer Kowalski. Then later on, he saw Andre The Giant do a variation of the Pedigree years after he started using it.

The Pedigree was Triple H’s go-to move, but when he arrived in WWE they wanted to change that up.

“When I first came to the WWE they gave me a slightly different finisher — a version of the RKO and I wasn’t enamored with it and I went back to the Pedigree because it is what I had been using prior to that and I really liked it.”

Triple H’s Pedigree is famous now to the point where nobody can use that move without bringing an association to The Game.