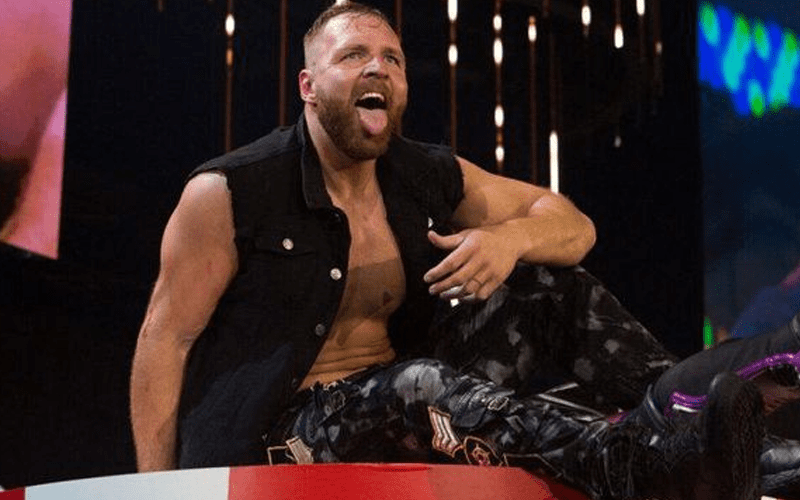 AEW has a very talented roster, but there are only so many wrestlers under contract. The likelihood of people face each other multiple times is very likely, but it is important to keep things fresh.

While speaking to Screen Geek, Jon Moxley discussed how All Elite Wrestling will keep from going stale. They only have four pay-per-views a year and when an important match happens, it is important to have that big fight feel.

He also took a chance to mention some of WWE’s most popular storyline tactics to determine a #1 contender.

I think that’s important. To see guys fight every single night for 8 weeks, 8 weeks later you’re kinda sick of them fighting. I think we gotta – One thing we have to make sure we have like the ‘Big Fight’ feel. Because we’re gonna have just four big PPV’s a year. The big fight’s are gonna have to have the big fight feel. Like the first time you seen them square off in the ring. Like, we got through all the press, we got into town, and when the bell rings it’s like ‘Woah okay!’.

I think a lot of wrestling on TV over the last few years is everybody is fighting everybody all the time and everybody is pinning everybody, everybody’s beating – champions are getting pinned every night. You get a title match because you beat the champion. Well, then he’s not the champion anymore, is he? I think we need to preserve the old school, big fight feel. It will be easier for us with only four PPV’s a year, we may end up doing more, but I think that’ll be easier on us to do that because we won’t need so much content.

AEW is focusing on wins and losses mattering which isn’t really WWE’s idea of how to book their shows at times.

Jon Moxley will be a big focus for AEW, but they’re doing a good job about keeping him from becoming overexposed. It is important to provide consistent content, but you always need to have a few things that you can hold back when the time is right.