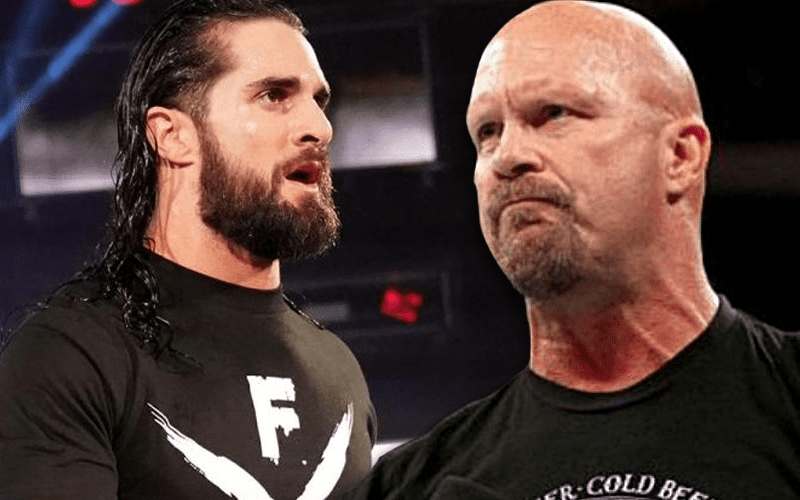 Steve Austin recently said that he could wrestle again and it seems like Seth Rollins is right on board.

WWE Backstage posed a question of who would people like to see face Steve Austin upon his hypothetical WWE return. Everyone had their own pick. Booker T wants Dolph Ziggler to face Austin, but Rollins had another idea as he tweeted out:

“Mania ain’t that far away.”

You can never say never in WWE. Steve Austin did say that he could wrestle again and a match against The Architect might be incredible. Let’s just see if Vince McMahon can work that one out, but you also have to wonder how a match like that would end.