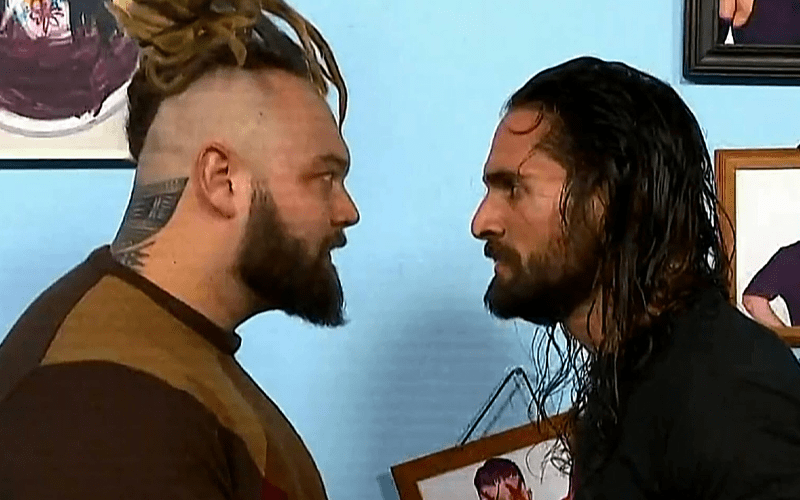 Seth Rollins closed out WWE RAW this week by invading Bray Wyatt’s Firefly Fun House. That was supposed to be a safe place for Wyatt, but all that changed last night.

Rollins received tremendous boos after burning down the Firefly Fun House. His dark match after RAW against Bray Wyatt didn’t see him as a babyface champion in the slightest. There was a ton of heat on Rollins from the Denver crowd and the IWC agreed.

This was reportedly supposed to be a way of writing the Firefly Fun House off of WWE television. It also got Bray Wyatt off RAW before he starts on SmackDown.

Dave Meltzer kicked off Wrestling Observer Radio this week by reporting that Seth Rollins burning down Bray Wyatt’s Firefly Fun House was not supposed to be a double turn. That being said, Wyatt is still supposed to be a heel and Rollins is theoretically still a babyface.

The fans might disagree and we’ll just have to see if Seth Rollins can rally them around him once again. It might be a bit difficult, especially if he keeps playing the Twitter game like he is.