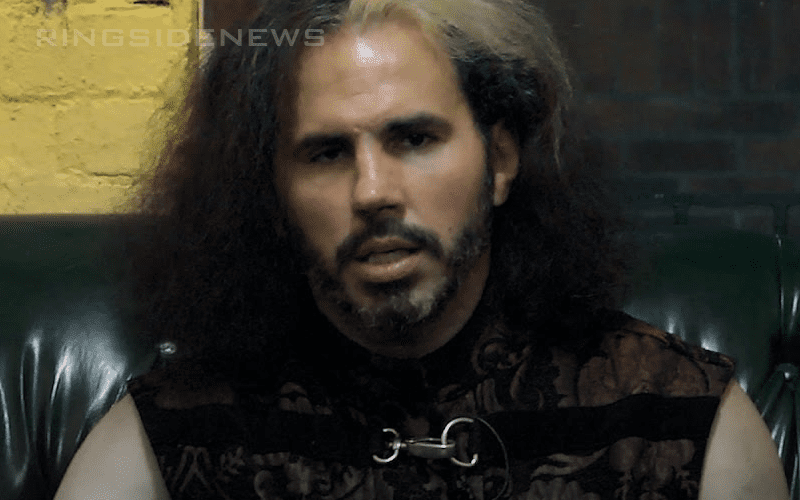 Matt Hardy and Bray Wyatt have always had a special connection, and it certainly feels like they always will. Both men have unique personas, and during their brief run as a team they were able to showcase that brilliantly.

Matt has been off the radar for a while now with WWE seemingly waiting for the right opportunity to bring the former ECW Champion back into the mix. Wyatt, on the other hand, is coming off the back of his Universal Championship match with Seth Rollins at Hell in a Cell.

Last night the feud between the two of them escalated, to the point where the Firefly Fun House was burned to the ground. Hardy, in response, clearly wasn’t happy about it.

The idea of Broken Matt filling in as a substitute teacher of sorts for Bray came into our head as a pretty entertaining idea, but even if that was to be the case, there are a few more steps that need to be taken before Bray can be looked upon as a legitimate top guy in WWE.

We certainly hope these two get to share the big screen together again in the future, but even if they don’t, we’ll take what we can get with Matt responding to Wyatt’s upward trajectory on social media.

Professional wrestling needs to have a few weird characters littered around the top promotions and these two certainly fit the bill. Now, we just have to wait and see what the immediate future is going to hold for them.