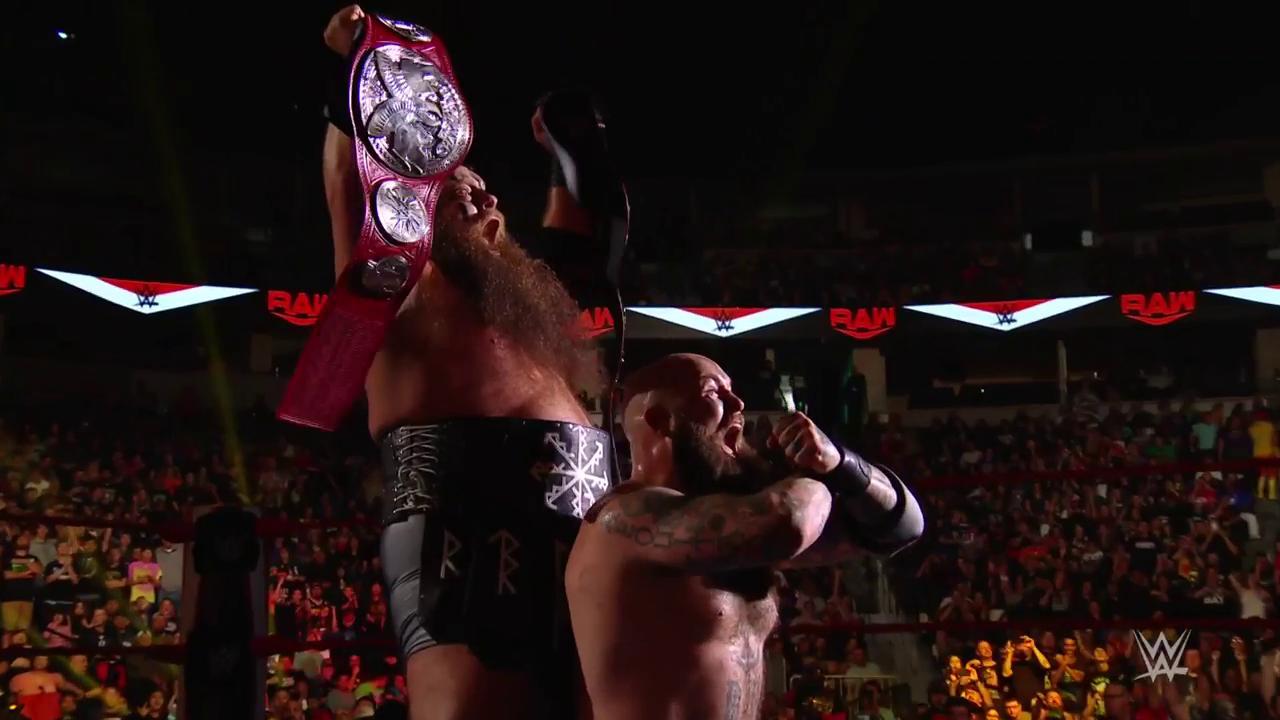 WWE held the second night of the 2019 WWE Draft tonight, but that’s not the only newsworthy event that went down.

Dolph Ziggler and Robert Roode defended the Raw Tag Team Titles against the Viking Raiders and this as a thrilling match for the Denver crowd. There were plenty of near falls as these two teams took each other to the limit.

Erik took a bunch of punishment until Ivar took the tag and then he cleaned house. After one Viking Experience finisher, we had new Raw Tag Team Champions.

This marks the Viking Raiders’ first main roster gold. They were previously NXT Tag Team Champions and were undefeated until they were forced to relinquish the titles upon their main roster call up.