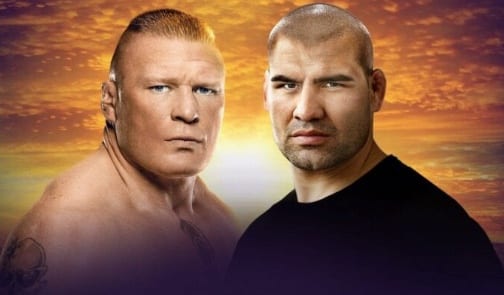 As seen on Sky Bet, the betting odds for Brock Lesnar vs Cain Velasquez at WWE Crown Jewel have been released.

WWE’s relationship with Saudi Arabia continues to be one of the most questionable and off-putting parts of the company’s day to day operations, and while the upcoming Crown Jewel event looks like it’s going to be fairly stacked, that can’t take away from the fact that it is an incredibly bad move – morally speaking.

Of course, there are still matches to be discussed and broken down, with one of those being Brock Lesnar vs Cain Velasquez as Lesnar prepares to defend his WWE Championship for the first time after winning it from Kofi Kingston.

In terms of the odds themselves, Brock is currently the 1/2 favourite to retain his WWE Championship, with the debuting Velasquez being a narrow 6/4 underdog to win the belt in his first WWE match.

For those who don’t know, these two men fought way back at UFC 121 for the UFC Heavyweight Championship. On that night Cain was able to beat Lesnar via TKO, taking the title from him in the process – and also leaving a scar underneath the Beast Incarnate’s eye.

While this is going to be a scripted pro wrestling match, you can bet that Brock is going to try and lay a few extra shots in here and there if he can – mainly due to the lingering suffering that has always been there ever since that fateful night in Anaheim all those years ago.