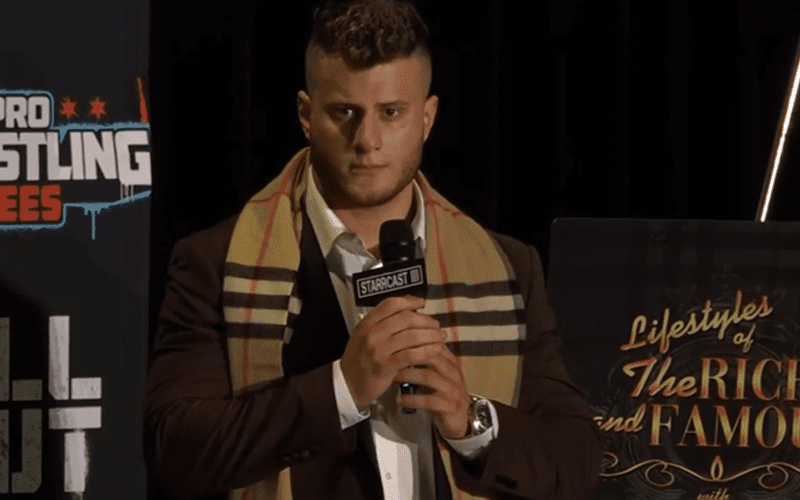 AEW has a few heels that could be primed to feud over a very interesting reason.

MJF shared a DM he received from a random girl looking to get on the “Maximum Ride.” So, Friedman grilled her relentlessly. Then Sammy Guevara chimed in and said that he same girl messaged him too.

Guevara’s interjection was not asked for by MJF so he unleashed on the Spanish God by calling him “tongue boy.” Then Guevara threw his own insult out to show that two can play that game.

Yeah IM the tongue boy don’t steal that like you stole my gimmick.

A lot of fans have trolled MJF over his career for ripping off The Miz. Chris Jericho even called him out for stealing the scarf idea from him. Let’s just see if Friedman has a retort because he’s likely to come up with something.