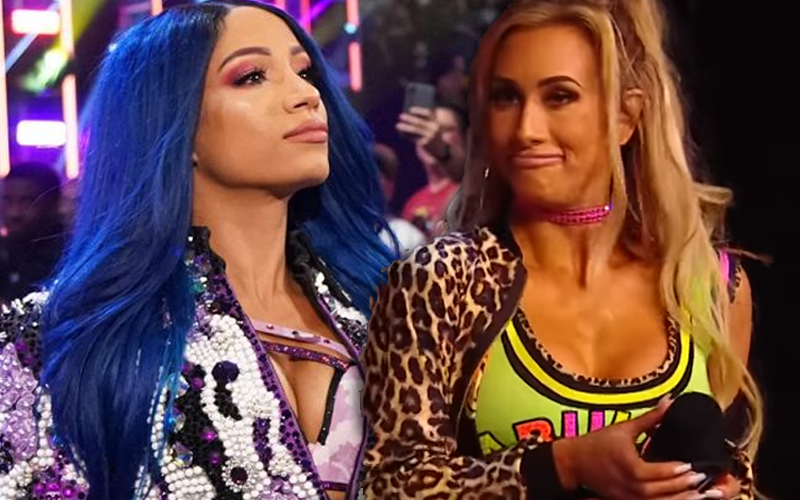 Sasha Banks wasn’t very happy about her rating in WWE 2K20. She is listed as an 80 which is ten points below Becky Lynch. So, she got on social media to complain about it.

Carmella saw The Boss’ tweet and responded with her own story. She was overjoyed to receive an 80 in last year’s game so Mella doesn’t seem to know why Banks is complaining. In the end, just just a game.

Perhaps this is just stoking the fires for a future feud on SmackDown. Either way, it seems like WWE 2K20 is continuing to get coverage especially if people are complaining about it.