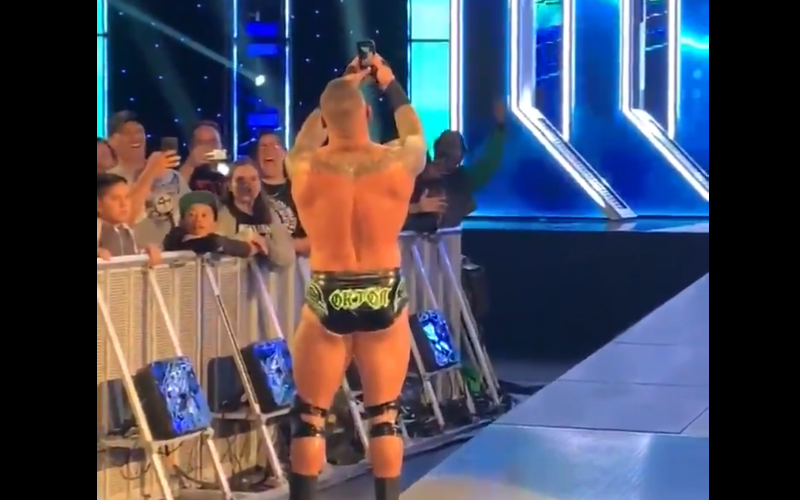 Randy Orton can play a great heel on television, but he can also be a really good guy too.

The Viper participated in the dark match segment with Kevin Owens where he was treated like a big babyface. This move to Raw could bring a change of heart for Randy Orton.

He further proved this as he was leaving. When one fan dropped her phone, he picked it up for her. Before giving her phone back, RKO snapped a selfie of himself and then posed with this fan as well.

This was pretty cool that Randy Orton went out of his way like this. It’s also a really good thing she didn’t have a password on her phone.