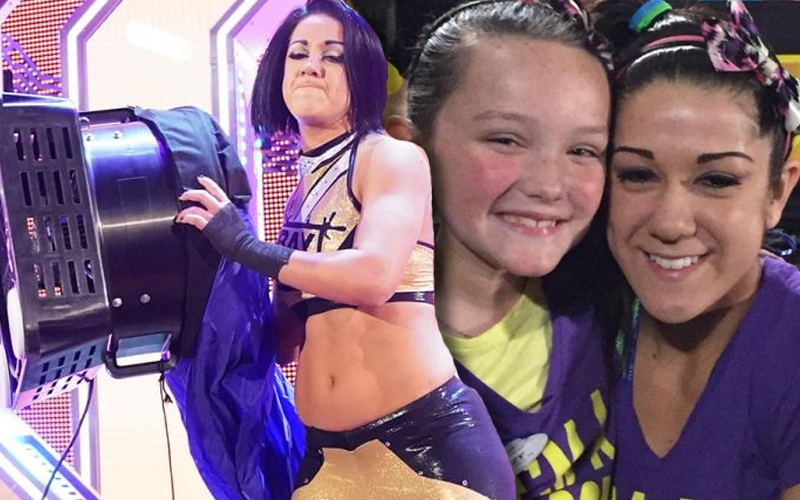 Bayley started in WWE as a big part of NXT and she usually had Izzy at ringside as her biggest fan. Izzy is a little bit older now, but she’s still a super fan. In fact, she has her eyes on becoming a WWE Superstar.

While speaking to Busted Open Radio, Izzy gave her take on Bayley’s heel turn. It’s all good by Izzy as she proceeded throw her name into the discussion for future top WWE Superstar.

“I really hope that Bayley keeps up with this character because when I make it to the WWE, and I will make it to WWE, I’m going to show everyone and I mean everyone who is the true role model.”

Mark Henry chimed in exclaiming: “Shoot your shot!” as Izzy turned her reaction into a little self-hype promo.

Bayley might be making children cry when she destroyed her Bayley Buddies, but Izzy seems to be on board with this new heel turn.