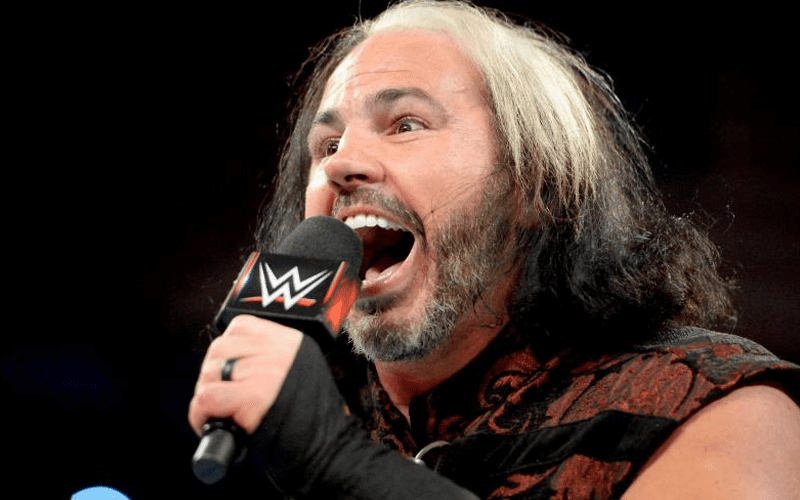 Matt Hardy’s absence from WWE television has left many fans wondering what could be next for the broken star. Some believe he will return sooner rather than later, whereas others are of the belief that he could quietly retire – but according to Matt himself, it doesn’t appear as if that’s on the cards just yet.

With Jeff having to deal with his own set of issues right now, there’s a great deal of speculation as to what that could mean for the future of Matt. After all, every single character that he seems to portray always garners a great response and reaction from the WWE Universe.

During a recent Q&A with fans on Twitter, Hardy revealed what he would like to do if we were to see the return of the Broken character at some point in the future.

The Hardy Boyz have done some truly great things as a team over the years and that much is obvious, but now seems to be the time for Matt (and Jeff when he returns) to go down their own separate paths.

There’s no guarantee that they’re going to be top level stars again, especially with Jeff’s ongoing issues, but the WWE Universe is still invested in the idea of seeing both men thrive and succeed.

In regards to Matt, there are a lot of different directions they could go in with him. From the Broken persona to ‘you have know idea how hard it is to be Matt Hardy’, we’re intrigued.