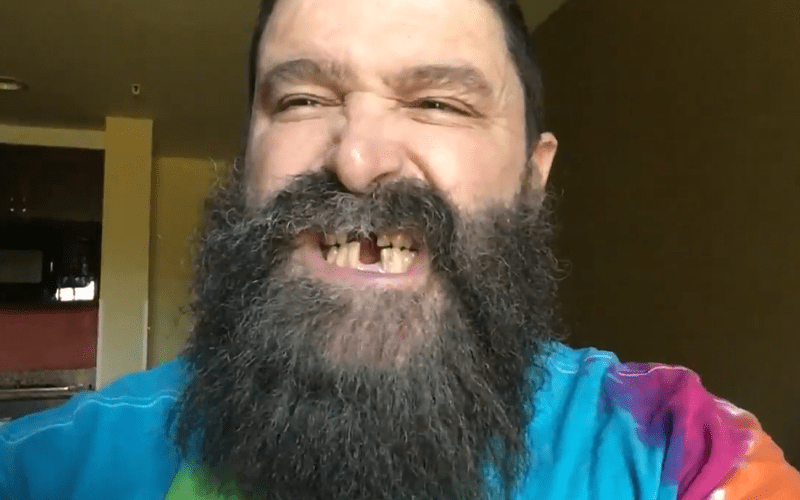 Mick Foley is legendary for his great personality which is usually accompanied with his trademark smile. Now he is thinking about fixing his teeth.

The Hardcore Legend posted a question to fans recently after noticing how wrecked his smile looks. It’s a “proud testament” to his brutal encounter with The Undertaker, but at 54 years old he might want to get them fixed already.

“Hey everyone it’s Mick Foley with a serious question. After making that video I just sent out to Buffalo, should I get my teeth fixed? I mean it was 21 years ago when I got these bad boys knocked out by The Undertaker. It’s a proud testament to a very important match, but man, I look awful. I’m 54 now. Maybe I should get them fixed. Let me know what you think.”

Going to the dentist is never fun no matter what Britt Baker might like to tell people. It appears that Mick Foley might be scheduling an appointment soon enough. It might not be pleasant, but it could be less painful than going one on one with The Undertaker.

If you want our opinion, Foley should go for it. Not only will it make eating easier for him, but we have plenty of ways to remember his legendary matches even if he gets his teeth fixed.